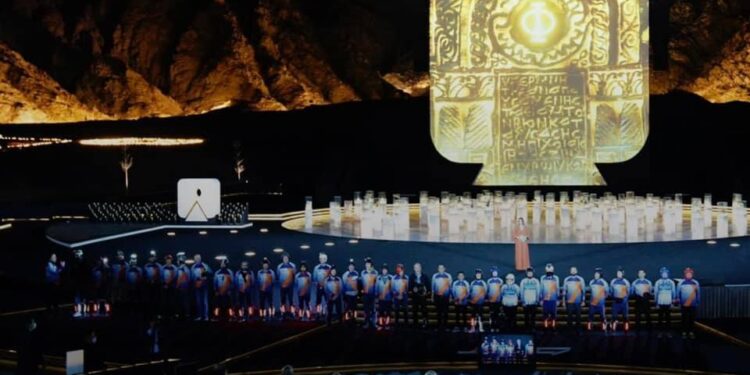 Speaking at the closing ceremony of the 4th edition of the World Youth Forum (WYF) on Thursday, Sisi said that the forum has become a key platform for dialogue. 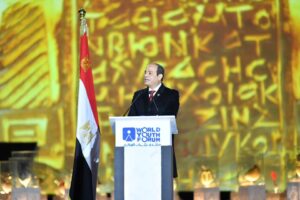 “The past few days constituted a real opportunity to exchange visions and find a state of serious and constructive dialogue in order to build peace and achieve sustainable development through ideas and innovations of world youth,” he said.

President Sisi said that diversity in visions at the World Youth Forum has created new prospects that inspire new ideas and modern ways towards a better world. 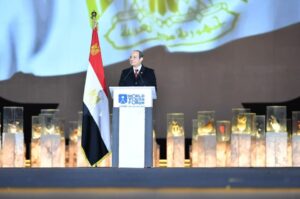 In his speech at the closing ceremony of the forum, the president praised the organization of the event which came out in such a representable way.

Sisi said that the situation caused by the coronavirus pandemic in the world imposed itself on the agenda of the forum in light of questions on the fate of the world and its future in terms of being affected by the pandemic.

President said the forum has become an important dialogue platform. “It is a purely Egyptian idea.”. He called for effectively working on developing this platform and converting its recommendations into actions.

Sisi asserted that New Egypt, which we present today, is a modern civilian state that aspires to building, development and achievement of justice and human dignity.

The president hailed as “great” the outcome of the forum, where ideas and visions flowed over hours of discussions and dialogue.

Sisi announced a number of decisions and recommendations, including the declaration of 2022 the year of civil society.

He tasked the management of the forum and state institutions to create an active platform for dialogue between the state, its youth and local and international NGOs.

He also called for activating an initiative to establish a global incubator for entrepreneurs, start-ups and small enterprises.

The president tasked the management of the forum to coordinate with the state bodies to form groups of youth from Egypt and other countries to take part in preparations for the COP27 United Nations Climate Change Conference, which will be held later this year in Sharm El Sheikh.

He also asked the cabinet to prepare a comprehensive vision in cooperation with development partners to achieve an African extension of the development initiatives achieved in Egypt, as part of Egypt’s regional responsibility.

The president also tasked Egypt’s National Training Academy to prepare specialized training programs for Arab and African youth to develop their skills to face the repercussions of the coronavirus pandemic and the ongoing conflicts. 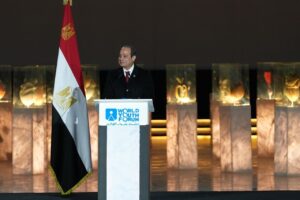 He also announced the launch of an international campaign to spread awareness about issues pertaining to international water resources.

He tasked the Egyptian cabinet to prepare a comprehensive vision on the reconstruction of regions of conflict in the region.

The president called for handling differences in order for the world to survive and remains lively and full of humanity. “Egypt works to ensure a better future for the homeland and the whole world,” the president said. 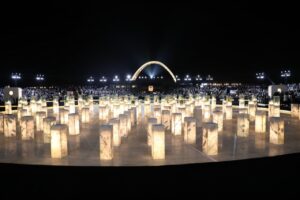 He concluded his speech at the closing ceremony with chanting long live Egypt, long live humanity and long live the world youth, prompting the participants to repeat the same words.