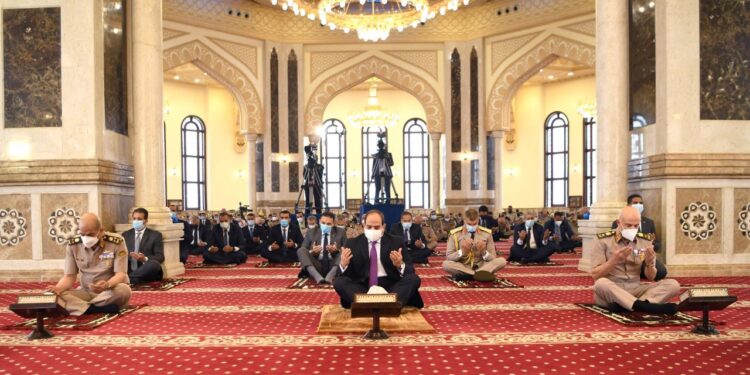 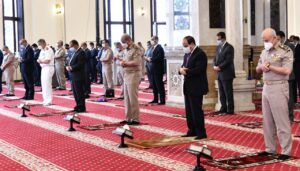 Accompanying the president in the prayer was a host of officials, including Minister of Defense Mohamed Zaki, Chief of Staff of the army Mohamed Farid, Minister of Endowments Mohamed Mukhtar Gomaa and Grand Mufti Shawqi Allam.

The prayer coincided with the anniversary of the 10th of Ramadan war victory of 1973.

He quoted the president as adding that Egyptians put the sacrifices made by the army in defense of Egypt’s security and safety in high esteem.

The current commanders and troops of the army are the offspring of the October war generation, Ambassador Radi quoted President Sisi as saying during the meeting.

They carry out their duties to protect their country in full faith, the president added.