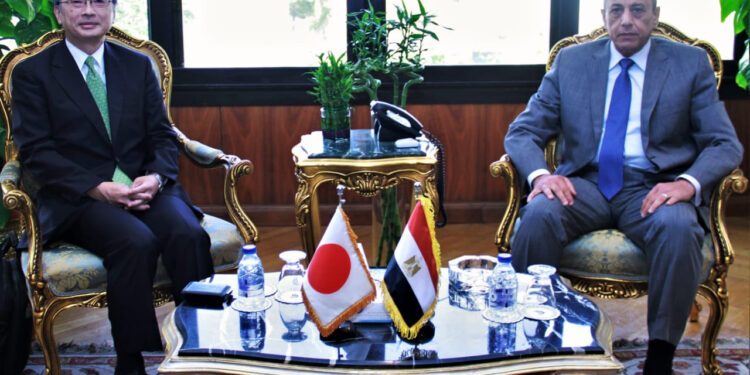 Minister of Civil Aviation Mohamed Abbas during his meeting on Wednesday with Japanese Ambassador Oka Hiroshi to discuss future co-operation in aviation.

The establishment of the first environment-friendly building at Borg el-Arab International Airport is the first step towards making all Egyptian airports green.

This statement by Minister of Civil Aviation Mohamed Abbas came during his meeting on Wednesday with Japanese Ambassador Oka Hiroshi to discuss future co-operation in aviation.

The eco-friendly structure at Borg el-Arab was built with the co-operation of the Japanese agency JICA.

For his part, the Japanese envoy said Egypt’s civil aviation is one of the promising sectors to attract more investments.

He voiced hope for increasing air and tourism traffic between the two countries.