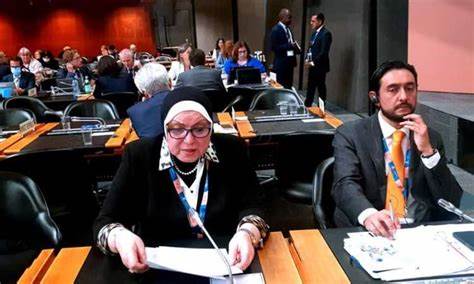 Egyptian Minister of Trade and Industry Nivine Gamea asserted the Egyptian government is paying greater attention to attracting more German investments to Egypt in the sectors of the auto industry, energy, waste management and digital transformation.

The forum is organised by the Arab-German Chamber of Trade and Industry in the German capital Berlin.

The minister affirmed Egypt and Germany have historical and strategic relations, based on successful partnerships between the two countries on all fronts .

She said Egypt and Germany celebrate this year the 70th anniversary of the establishment of diplomatic relations between the two countries.

Gamea pointed out it is important to encourage joint Egyptian-German investments, given the fact that Egypt and Germany have greater opportunities for developing investment co-operation and strong political relations.

She invited Egyptian and German companies and businessmen to establish joint partnerships and investments to capitalise on potentials of the Egyptian market.