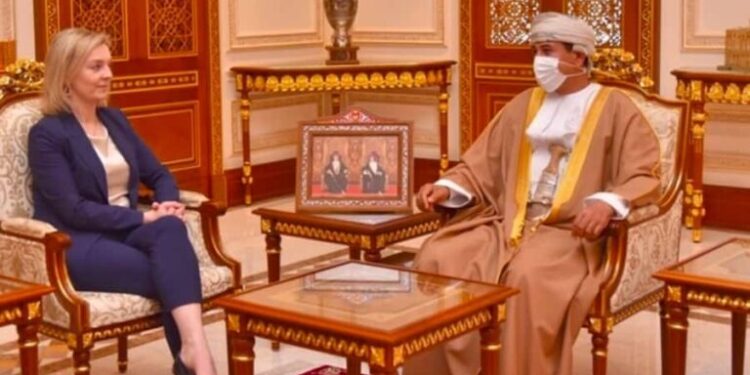 Gen. Al Nu’mani welcomed the British guest, who expressed her pride and appreciation for the co-operation and the role played by the Sultanate of Oman in various political and security spheres, particularly the efforts made to release British citizens detained in some countries. She also commended the strong historical relations binding the Sultanate of Oman and the United Kingdom.

Gen. Al Nu’mani thanked the British guest for her efforts in enhancing the existing relations between the two countries.

The meeting was attended by the UK Ambassador to Oman.