IS attack on village in northern Iraq kills 13 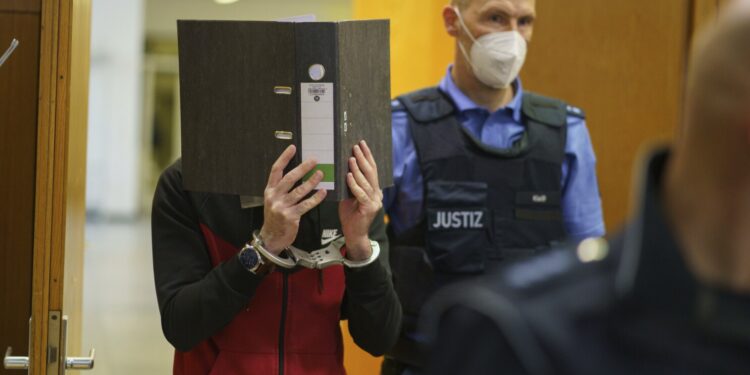 The Iraqi Taha Al-J. is led into the courtroom at Frankfurt's Higher Regional Court before the verdict is pronounced Frankfurt, Germany, Nov. 30, 2021.

SULAIMANIYA/UNITED NATIONS – An attack by Islamic State (IS) terrorists on a village in northern Iraq on Friday killed at least 13 people including three villagers and 10 Kurdish soldiers, officials in Iraq’s autonomous Kurdish region said.

Makhmour is a mountainous area some 70 km (45 miles) southeast of Mosul and 60 km (40 miles) southwest of the Kurdish capital of Erbil.

A statement from the Kurdistan region’s armed forces, the peshmerga, said that IS terrorists attacked the village killing three residents and that peshmerga forces intervened, resulting in clashes that killed 10 of their soldiers.

Meanwhile, the head of a UN team investigating atrocities in Iraq said that IS extremists committed crimes against humanity at a prison in Mosul in June 2014, where at least 1,000 predominantly Shiite Muslim prisoners were systematically killed.

Christian Ritscher told the UN Security Council that evidence collected from mass graves containing the remains of victims of executions carried out at Badush Central Prison and from survivors shows detailed preparations of the attack by senior IS members followed by an assault on the morning of June 10 that year, AP reported Friday.

“Prisoners captured were led to sites close to the prison, separated based on their religion and humiliated,” he said. “At least 1,000 predominantly Shi’ite prisoners were then systematically killed.”

Ritscher said the investigators’ analysis of digital, documentary, survivors and forensic evidence, including IS documents, has identified a number of members from the extremist group, also known as IS or ISIL, who were responsible for the crimes.

Ritscher hailed the “landmark moment” two days ago that saw the first-ever conviction of an IS member for the crime of genocide at the regional court in Frankfurt, Germany. The 29-year-old Iraqi was also convicted of crimes against humanity, and bodily harm resulting in death of a 5-year-old Yazidi girl he had purchased as a slave with her mother and then chained up in the hot sun to die.

“We now have the chance, collectively, to make such prosecutions the norm, not a celebrated exception,” Ritscher said. “In cooperation with Iraqi authorities and those of the Kurdistan region, together with survivors and with the support of this council, we are building the evidence that can deliver meaningful justice for all those who suffered from ISIL crimes in Iraq.”

Ritscher said evidence collected relating to the Badush prison attacks underlined the detailed planning by IS in carrying out their atrocities.