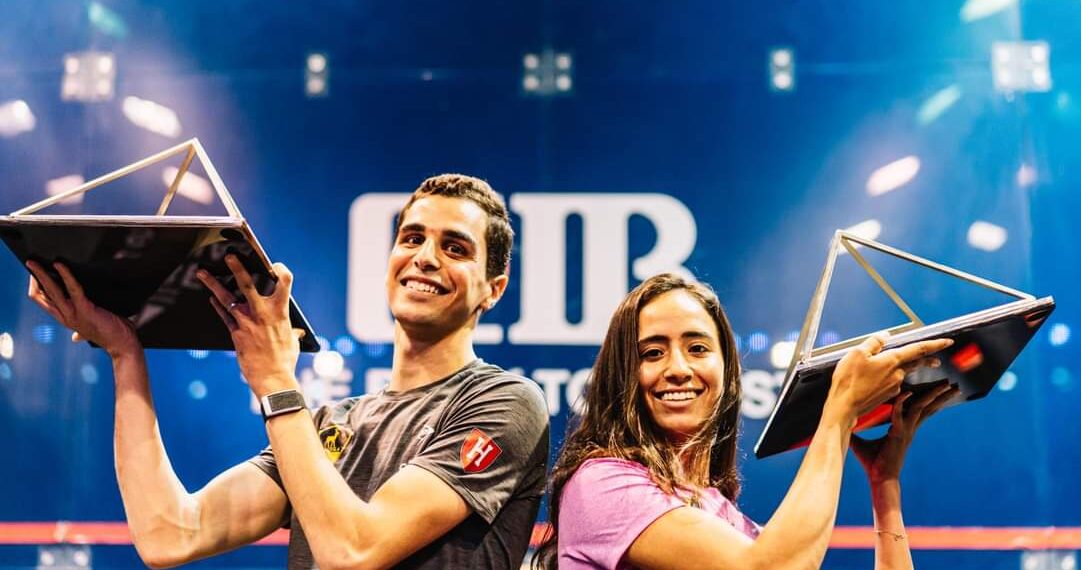 Egypt’s World No.2 Nouran Gohar and World No.1 Ali Farag are the 2021 CIB Egyptian Squash Open champions following respective wins over compatriots Nour el-Sherbini and Mohamed el-Shorbagy in front of the iconic Great Pyramid of Giza.

Gohar was forced to do things the hard way as she halted a fightback from defending champion El-Sherbini and saved three championship balls in a five-game thriller on the way to her 11th PSA title.

This was the third successive final that the two players have faced each other, with World No.1 El-Sherbini taking victories at both the PSA World Championships and British Open, but Gohar ended that streak with an emphatic performance. 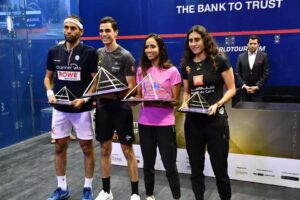 The World No.2 found herself in a solid position after going 2-0 up, before El-Sherbini settled into her rhythm and was able to fight back to drawl level.

From that moment it looked as though the World No.1 was going to snatch another title from her compatriot’s hands, before Gohar dug deep to save three match balls to win her first title in front of the Pyramids.

“I felt like I was spending the whole night on the court,” said Gohar.

“I feel like I am growing every match and Nour did everything in this game. I just have to catch up with what she is doing. Having the rivalry with her right now is something big which I am really proud of.

In the men’s final, it was World No.1 Farag who mounted an impressive comeback as he came from two games down to defeat rival Mohamed El-Shorbagy and defend his title at the PSA World Tour Platinum event.

El-Shorbagy got off to the better start in the 14th PSA final meeting between the pair, as he stormed into a 2-0 lead, but Farag showed his resilience to fight back and draw level with fatigue beginning to get the better of World No.2 El-Shorbagy as the match wore on.

“I am feeling amazing. It can’t get any better,” said Farag.

“Playing at such a venue against the greatest rival of my career and the greatest of our generation. To be able to come back from 2-0 down is something that I am really proud of. As always, I am very proud to be able to share the court with such a great champion like Mohamed. I learn a lot from him every year.

“We have played in almost every Platinum event final, but we didn’t play in the most special one until today. We delivered a match for the crowd that they really deserve.”

Gohar and Farag take home over $41,000 in prize money each, which is the most lucrative winner’s prize for a Platinum event ever, and qualify for the season-ending CIB PSA World Tour Finals.

The next stop on the PSA World Tour which will be the Oracle NetSuite Open, PSA Gold event which takes place in San Francisco from September 23-27. 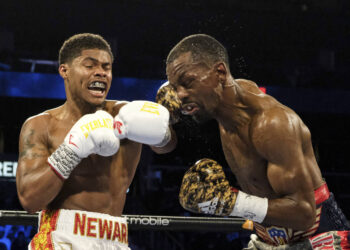 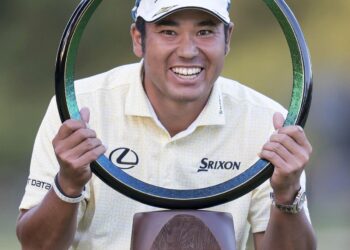 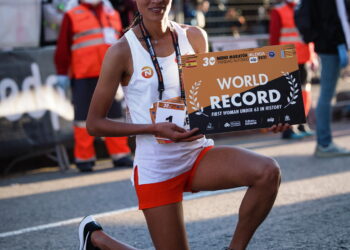