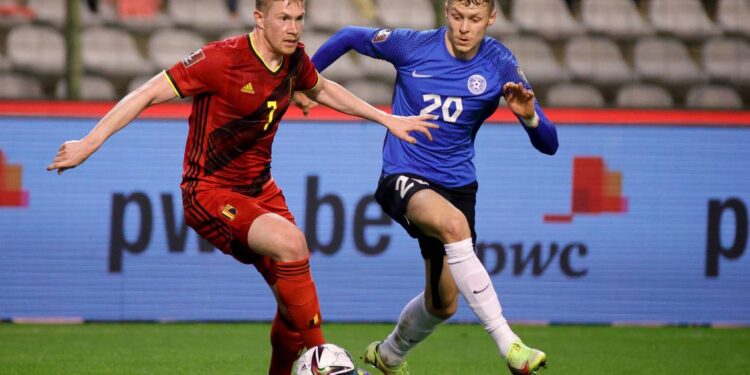 BRUSSELS – France and Belgium won their respective matches to book their tickets to the 2022 World Cup in Qatar.

With the win, France secured top spot in Group D with one match remaining.

With just one match left to play in Group E, top-ranked Belgium remained unbeaten and has an unassailable five-point lead over second-place Wales, which defeated Belarus 5-1 in Cardiff with Gareth Bale making his 100th appearance for Wales.

Wales is guaranteed a World Cup playoff spot through its Nations League results.

The 12-team playoffs will decide who joins the 10 European qualifying group winners at the tournament. The playoff draw will include runners-up in the 10 groups plus two group winners from the UEFA Nations League.

Despite the absence of several key players, including Romelu Lukaku, Belgian attacks kept coming at King Baudouin stadium and the Red Devils should have won by a bigger margin if not for their profligacy in front of goal.

Benteke, who replaced Lukaku up front, put the hosts in front early and Carrasco made it 2-0 after the interval.

Belgium briefly lost its focus in the last 20 minutes, allowing Estonia to come back in the match through a goal from substitute Erik Sorga before Hazard restored a two-goal lead.

In Qatar, Belgium’s golden generation of players will aim for the big title it craves so much following repeated failures in recent years.

Led by the likes of Thibaut Courtois, Kevin De Bruyne, Eden Hazard and Lukaku, Belgium made it to the semi-finals at the 2018 World Cup and was eliminated in the quarter-finals by eventual winner Italy at the European Championship earlier this year.

Roberto Martinez’s players blew another chance to win a trophy last month when they lost to France in their Nations League semi-final.