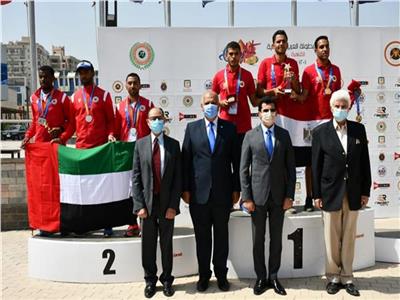 The Tunisian team came third with 4 different medals, 3 gold and one bronze, while the Saudi team came fourth with 5 medals, including gold, 3 silver and bronze.

Major General Hazem Hosni, President of the Egyptian and African Shooting Federations, praised the level of Egyptian shooters during the tournament, stressing the development of performance from one tournament to another.

Hosni pointed out that the Arab Championship provides great friction for Egyptian shooters, especially those qualified for the Tokyo 2020 Olympics scheduled for next July, and that the performance heralds good results in the Olympic Games.