Soprano sings for all 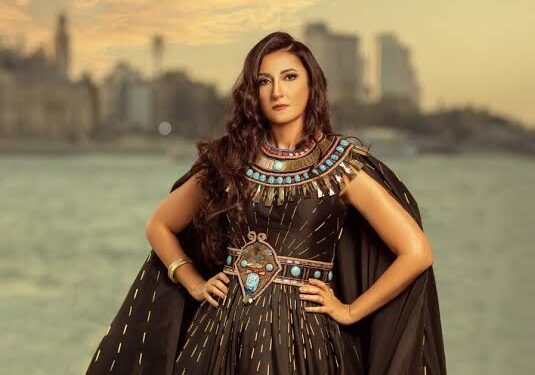 Opera singing is known to be performed by elites to elites, but soprano Amira Selim breaks this rule with her Isis Hymn, which she chanted in the Mummies Golden Parade in 2021.

In April 2021, she dazzled Egypt and the world with her voice after chanting in the ancient Egyptian language, the Isis Hymn in the Mummies Golden Parade.

“I was very happy to know that this song reached even tok-tok drivers and ordinary people although it is a different language and style of singing. That pushed me to do more to reach new segments of people with my art,” Selim told the Egyptian Mail.

Amira Selim is the daughter of the famous pianist Marcelle Matta and painter Ahmed Fouad Selim (1936-2009). She graduated from the Cairo Conservatoire in 1999 then began training on vocal and music in Italy.

She was awarded a scholarship from the French government to study with soprano Caroline Dumas at the École Normale de Musique de Paris and was awarded the Concertist Diploma in 2004. In 2002, she won the first award at the Orvieto International Competition in Italy.

“I was born in a house full of art. I used to listen to music and see art in every corner. So, choosing singing was natural, but a bit different because I didn’t choose painting like my father or playing an instrument like my mother,” Selim said.

“Opera singing is a challenge and I like challenges. It takes years to train your voice and build it. Also it is an integrated art that includes theatre, music, costumes, dance, decor and orchestra,” she said.

Selim began her career as a member and soloist of the Cairo Opera House troupe in 1997, her first leading role was in Rossini’s opera Barber of Seville. After moving to France, she continued to appear in Egyptian opera as well as French, Italian and German operas, such as Donizetti’s Don Pasquale, l’Elisir d’Amore and Verdi’s Rigoletto.

But for her Lakmé remains the one dearest to her heart.

Lakmé is an opera in three acts by Leo Delibes to a French libretto by Edmond Gondinet and Philippe Gille.

“I love this opera and have sung it many times in French. It is about a woman who falls in love and sacrifices her life for her lover. It combines great music, French poetry and literature,” she explained.

As a soprano, Selim has some rituals that she is keen on doing before her concerts like resting her voice, sleeping well and stop talking a lot or eating spicy food.

“The most important ritual I do before concerts is also meditation to be focused and calm from inside and outside,” she said.

When asked about the dream of her life, Selim said she had no answer.

“What I’m concerned with is to focus on the moment. I enjoy what I’m doing at this moment and try my best to excel in it. My target is to create an artistic work that makes me and my audience enjoy it. That’s my dream.”

Following her success in the Mummies Parade, Selim is going to record a love song in the ancient Egyptian language and another light song which will be released soon.