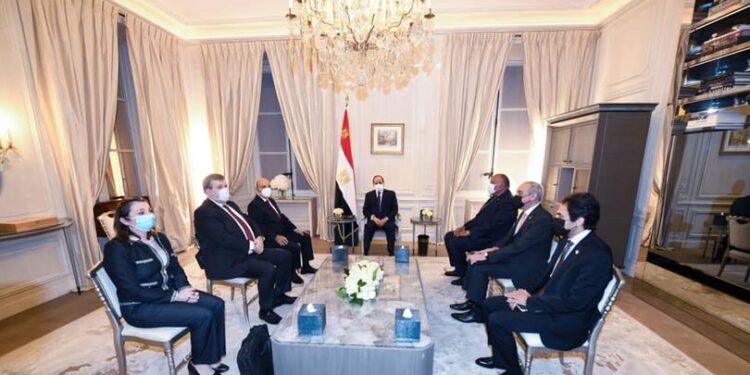 The president lauded strong and fruitful cooperation between Egypt and Dassault, whose products support the capabilities of the Egyptian Armed Forces.

Trappier said Dassault is keen to strengthen cooperation with Egypt given Cairo’s pivotal role in backing stability and security in the Middle East region and Africa and its great efforts to fight terrorism, Presidential Spokesman Bassam Rady said