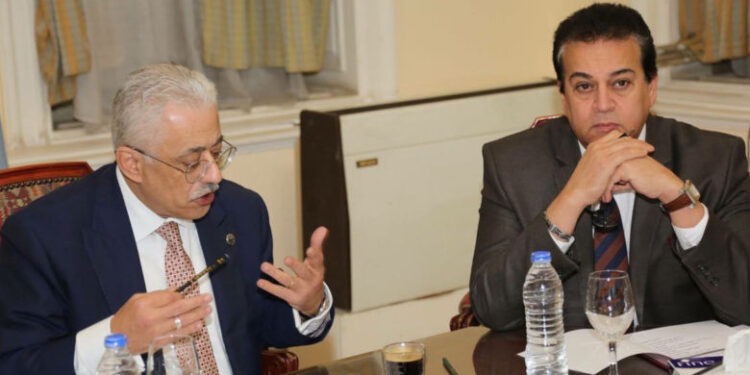 Egyptian Minister of Higher Education and Scientific Research Khaled Abdel Ghaffar had talks on Thursday with Education Minister Tarek Shawky on the initial results of the Thanaweya Amma (high school) exams and preparations for applying for universities.

He noted also that there are new scientific programs that were developed by governmental, private, ahleyya, and technological universities.