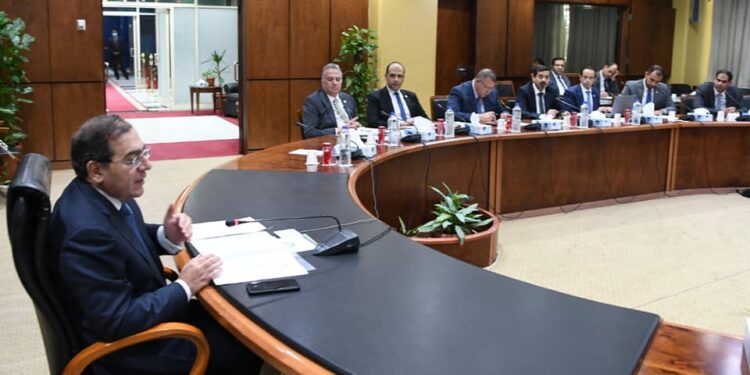 Egyptian Petroleum Minister Tareq el-Molla met on Wednesday with a delegation of the oil and gas committee at the American Chamber of Commerce in Cairo (AmCham) to discuss the participation of the petroleum sector in the COP27.

The petroleum sector is planning to take part in activities about reducing carbon emissions that are on the agenda of the COP27, which will be held in the Egyptian Red Sea resort city of Sharm el-Sheikh in November.

The meeting was attended by CEO of AmCham Egypt Sylvia Menassa and representatives of American companies operating in Egypt, a statement by the Petroleum Ministry said.

Egypt is the first country to allow the petroleum firms to take part in the international climate summit to give them a chance to review their plans to improve the environment and reduce emissions using advanced technologies, the statement quoted Molla as having said.

According to the minister, the conference is a big chance to showcase efforts of the petroleum companies to achieve environmental sustainability and reduce carbon emissions.

The international firms operating in Egypt are acting in cooperation with the petroleum sector to implement initiatives and projects meant to reduce emissions and reach carbon neutrality, Molla said.

Molla stressed the need to coordinate efforts between the petroleum sector and American companies to be able to secure the finances and technologies needed to implement such projects.