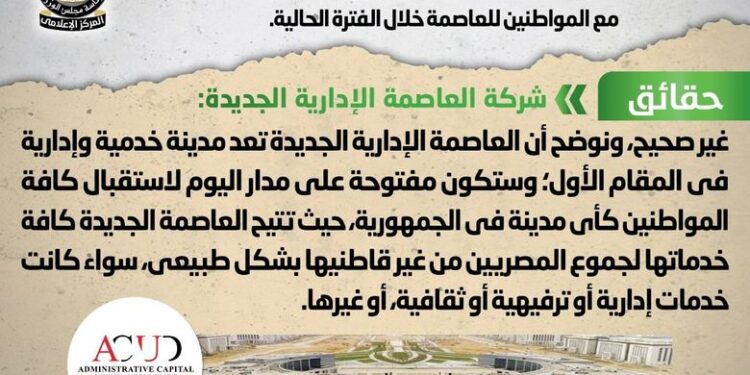 CAIRO  – The Egyptian Cabinet media center has dismissed as groundless reports on preventing citizens from entering the New Administrative Capital (NAC) after the transfer of government offices during the coming stage.

In a statement Monday, the center said it contacted NAC company which described the news as baseless.

It added the NAC is the first service and administrative place for offering services to citizens and that no citizen will be refused access to it.

Meanwhile, the trial plan of transferring the first batch of government employees to the NAC government district will start in the second half of December.

The center appealed to media outlets and social media users to be accurate while publishing such false reports and to turn a deaf ear to them with addressing company website (acud.eg) or contacting telephone no. (01155508688 -01155508851) or email ([email protected]) to verify such reports.