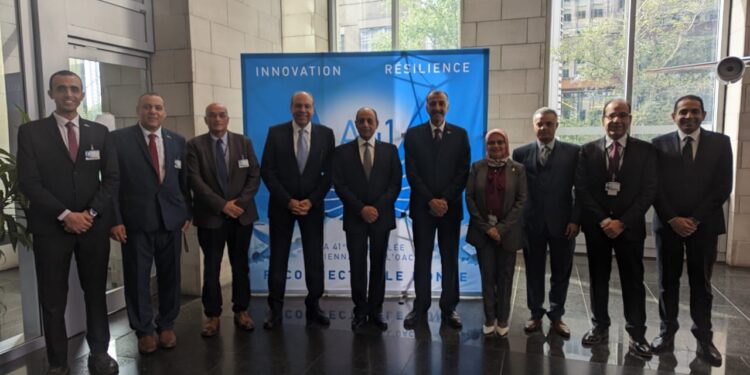 Egypt won the membership of the Council of the International Civil Aviation Organization (ICAO) in the elections that took place during the work of the forty-first General Assembly of the ICAO with the participation of delegations from 193 countries.

The membership will be for the next three years for the “second category” as Egypt obtained 156 votes to be the first in Africa and among the highest voting countries in the second category, which confirms the pioneering and historical position enjoyed by Egypt and its effective role in international and regional organizations in the field of air transport industry.

After the announcement of Egypt’s victory, Minister of Civil Aviation Mohamed Abbas congratulated the political leadership on Egypt’s victory and its preservation of its seat in the Council of the International Civil Aviation Organization, stressing that the support and interest of the political leadership and the Egyptian state in the aviation sector played a major role in enhancing the status of Egyptian air transport at the regional and international levels.

The minister also extended his thanks and appreciation to all the heads and members of the delegations of all the countries participating in the General Assembly for their support and election to Egypt, expressing his gratitude for this great international appreciation that Egypt received, which confirms the distinguished relations between Egypt and the countries of the world and also reflects the extent to which the international aviation community appreciates Egypt’s effective role and its efforts in the air transport industry.

The ICAO meeting in Montreal had witnessed an intense activity of the Egyptian delegation headed by Minister Abbas since the beginning of the activities of its 41st General Assembly.

The minister held a series of meetings with a number of heads and members of participating delegations and groups which represents various regions of the world and heads of regional and international organizations.

This comes as part of strengthening cooperation and permanent coordination between Egypt and the member states of the organization, in a way that contributes to the development of the aviation system, achieves the highest standards of security and sustainability for this vital sector and supports Egypt’s candidacy for the ICAO Council for the second category for the next three years

The Egyptian delegation was able to achieve positive results by winning Egypt’s membership of the Council in the “second category” for the next three years, so that Egypt will retain its seat since its accession to ICAO.