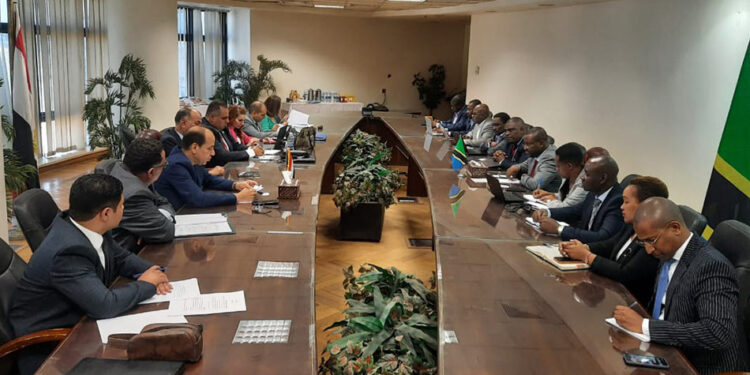 The talks took up a memorandum of understanding signed by Egypt and Tanzania on upgrading air services in the coming period.

The move comes in implementation of Civil Aviation Minister Mohamed Manar ‘s directives about enhancing the Egyptian presence in air transport field in the African continent.

The Civil Aviation Ministry is paying a greater attention to fostering co-operation with African brothers in different aviation activities serving the aviation industry in Africa.

The two countries agreed on allowing a new Egyptian airline (Air Cairo) to operate between Egypt and Tanzania.

The designated airlines from the two countries are also entitled for scheduled flights, operating unlimited frequencies per week for passenger services without any restriction on the capacity and aircraft type.

With the review of the accord, the airlines of both sides are also now entitled to operate three weekly all-cargo flights instead of one previously, without any restriction on the capacity and aircraft type.

The code-share arrangement was also reviewed to allow two or more designated airlines from the same country to code share and operate into the other country.

Johari, underscored that in today’s aviation system, cooperation between airlines in the course of providing air transport services, is a powerful strategy for survival.