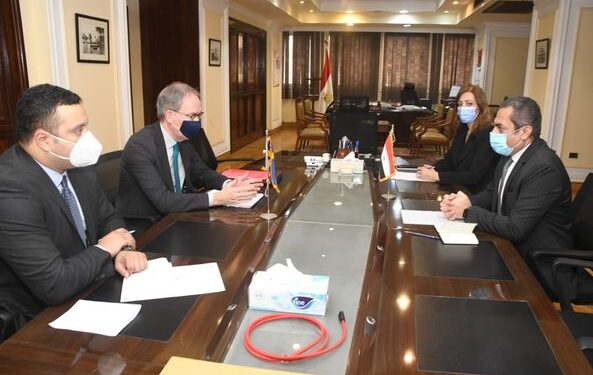 Deputy Minister of Housing Khaled Abbas during his meeting with Swedish Ambassador in Cairo Håkan Emsgård and his accompanying delegation.

Abbas said the meeting dealt with proposals and solutions presented by the Swedish side including holding a workshop between the two sides to study means of carrying out implementation of projects in the new urban communities.

He added that his ministry works in co-operation with the United Nations Human Settlements Programme, UN-Habitat, to support project plans in Greater Cairo and designing an express bus project to facilitate the transport of passengers to underground metro stations, the monorail and electric train, as well as public bus stations.