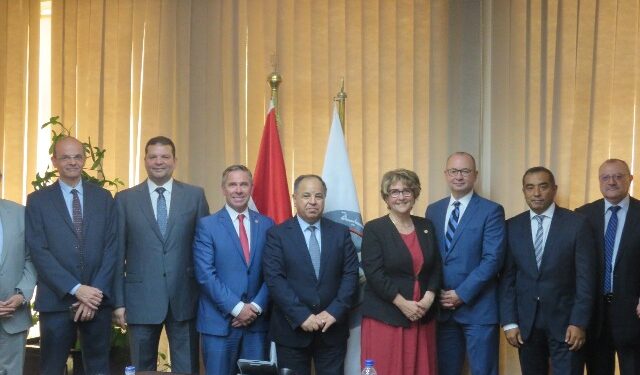 The minister made remarks on Thursday during a meeting with a Canadian delegation of representatives of the Royal Canadian Mint, under Marie Lemay, and Canadian ambassador in Cairo Louis Dumas.

The meeting was also attended by several diplomats and respective officials from both countries.

Egypt works on benefiting from technical expertise of the Royal Canadian Mint to establish a modern authority of minting in the Suez Canal Economic Zone (SCZONE), the minister added.

The delegation members lauded great capabilities of the Egyptian Mint Authority, voicing keenness to strengthen co-operation with Egypt in light of its promising potential.