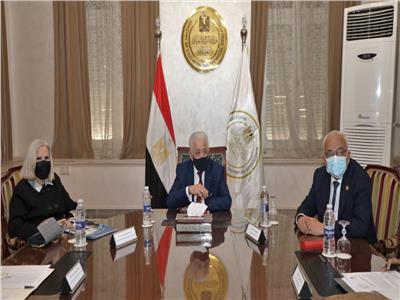 This came during a meeting between Arab League Assistant Secretary General for Social Affairs Haifaa Abu Ghazala and Egypt’s Minister of Education and Technical Education Tareq Shawqi.
The Arab League official pointed out that Egypt’s experiment in the education domain inspired a number of Arab countries who intend to boost cooperation among them in that field.
Abu Ghazala said a decision to establish a council for the Arab ministers in charge of education would contribute to meeting the needs of the current and future generations in the Arab world especially in the field of education.
For his part, the minister of education hailed efforts exerted by the pan-Arab organization to contribute to the implementation of the goals of developing education in the Arab region.
The minister, who reviewed with the Arab League official Egypt’s national project to develop education, asserted that his ministry is committed to developing education through training teachers on teaching the new curriculums to meet the needs of labor markets.
Tags: Arab LeagueEducationEgyptTop_News