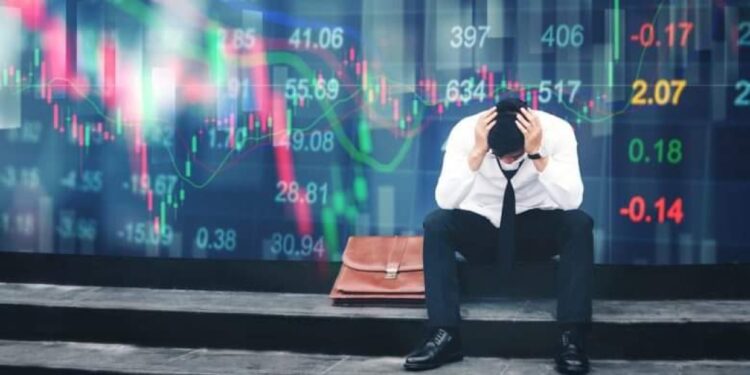 A wave of inflationary pressures has already cast a shadow on many advanced and developing economies since March on the backdrop of the Russia-Ukraine war.

The US economy, which is the world’s economic locomotive, will likely shift from recovery to stagflation soon. Stagflation has probably hit the US economy already given that the Federal Reserve expects the inflation rate will jump in the coming months.

Stagflation is simply a combination of price hikes and declined production. In a worse scenario, stagflation also includes high or rising unemployment rates as a third element.

Fueling geopolitical tensions and the supply-chain shocks caused by the Covid-19 pandemic have incurred a wave of inflationary pressures worldwide. Stagflation is rather contagious as it moves from infected economies to other countries in a domino effect.

Higher energy prices will also rub salt into the wound, hiking production and transportation costs. As prices shoot up without an increase in output, stagflation emerges as the most nagging ailment, probably for years to come.

Egypt’s urban inflation rose to 13.5 per cent in May, on an annual basis, up from 13.1 per cent a month earlier, according to data from the state-run Central Agency for Public Mobilisation and Statistics (CAPMAS).

Core inflation also rose to 13.3 per cent in May, up from 11.9 per cent a month earlier, the Central Bank of Egypt (CBE) said in a statement on its website last week.

The core inflation rate, which is computed by the CBE, takes out fruit, vegetables and energy from the consumer price index (CPI) components to reveal a stable reading of price levels.

The CBE relies on the core inflation rate for streamlining its monetary policy. A stabilised CPI will play a key role in laying out the nation’s monetary policy and economic reforms as a whole in the coming months. The CBE’s Monetary Policy Committee (MPC) will meet on June 23 to decide on the overnight interest rates.

As I explained in a previous article, the financial policy, along with monetary measures, may soothe the impact on the domestic market. The government is tipped to ease taxation – for the household and corporate sectors – to lift supply and demand.

The US currency has been strengthening since the beginning of 2022. As of March, the dollar has been gaining much more momentum with the repercussions of the Russia-Ukraine conflict.

The greenback averaged LE18.7 in the local market last week, CBE data showed. The price of a certain currency is set by supply/demand mechanism. Any moves by the Fed will be a key factor in pricing the greenback worldwide.

The monetary policy should keep in focus the Fed’s moves, as well as the CPI developments at home in the coming months.

The MPC has said last month raising rates is necessary to contain inflationary pressures, which is consistent with achieving price stability over the medium term. It forecast the elevated annual headline inflation rate would be “temporarily tolerated”.