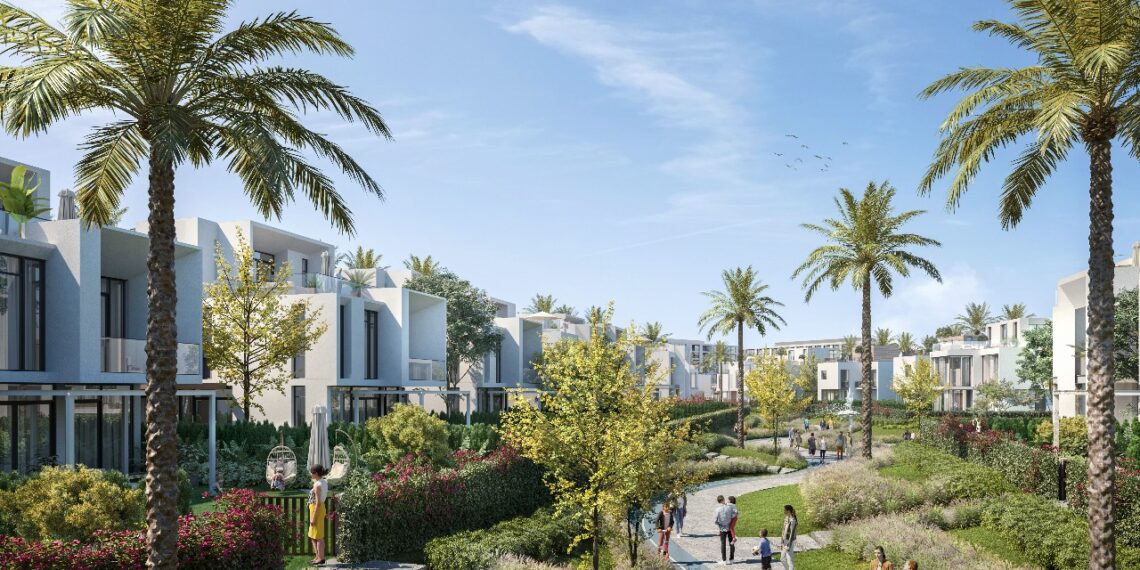 Emaar Misr announced awarding the first contract to build the first phase of the Cairo Gate project in Sheikh Zayed, indicating a rapid start to construction after the first and second phases were launched last year. This is Emaar Misr’s first integrated residential communities project in Sheikh Zayed, west of Cairo, in the context of the company’s endeavour to build communities all over Egypt.
DORA Construction’s subsidiary Construction & Reconstruction Engineering Co (CRC) is the first company to be awarded a project in Cairo Gates project. The company will build 117 units in the Elan village, including standalone villas and duets. All contracts for the first phase areas, which include Eden, Grand Residence, and Rays Social Club will be signed within the next month. CRC has been building many residential and commercial units for Emaar Misr at the Mivida prestigious project in New Cairo. The company also has a track record of success in building and delivering similar projects across Egypt spanning its 70 years of experience.
Emaar Misr had laid the foundation stone for the Cairo Gate project in October 2020 as part of the celebration of launching the second phase of the project after the success of the first phase. It is also the gateway for Emaar Misr into West Cairo being the company’s first project in the west side, on an area of 133 feddans in the heart of Sheikh Zayed City. The project highlights the beauty and distinction of the area by creating a unique community for those looking for a distinctive lifestyle. The location of the project on the Cairo-Alexandria Desert Road ensures easy commute to downtown Cairo while providing many services within its borders, including Town Square, which houses shopping stores, international restaurants, and offices, as well as a social club that delivers high-end services that suit the integrated lifestyle. Investments of LE1.5b have been earmarked to build villas, apartments, services apartments, a business area, commercial areas, and integrated services.
Mr Mohamed Ali Alabbar, founder of Emaar Properties, said: “The Egyptian real estate sector has recently been growing steadily thanks to the encouragement of the Egyptian state, which has prioritised the real estate and tourism sectors, through facilitating investment procedures and overcoming obstacles facing investors. Emaar Misr’s business has been growing strongly as a result. We have recently celebrated our 15-year anniversary in Egypt. During that period, the company’s land portfolio reached more than 17.4 million square metres in five strategically distinct locations in East, West, and Central Cairo, as well as in the North Coast. The volume of investments reached LE200b.”
He added: “Since Emaar started operating in Egypt, we have been working to create a different model of projects – one that befits both Egypt and our ambition. Cairo Gate project in Sheikh Zayed is a new milestone for Emaar Misr as it is our first project in West Cairo, as part of our endeavour to expand our integrated real estate projects in all over Egypt. The early phases of the Cairo Gate project have enjoyed great success and popularity after their launch last year, which confirms the success of our strategic vision and confidence of customers in our projects.”