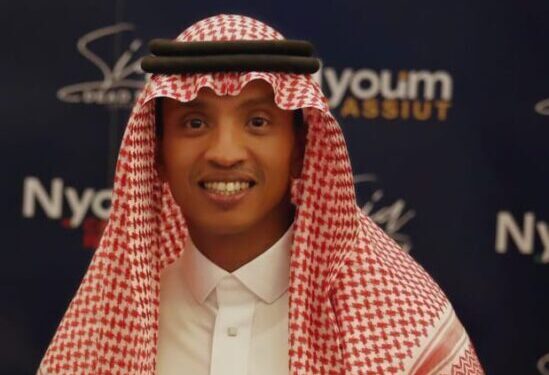 Ayman Bin Khalifa, CEO of Arab Developers Holding, said that this phase is under the name Skylar that comprises housing units with various spaces; competitive prices and advantages that are not repeated in west Cairo region, especially with the volume of development witnessed in the region and the high investment return on projects are being developed therein.

Bin Khalifa added that the Nyoum Pyramids project is an integrated residential project, located on an area of approximately 101,000 sqm, at a height of 43 meters above the desert road level. The project includes various units with a total of 907 units, consisting of 800 housing units with areas ranging from 32 to 330 sqm, in addition to 107 commercial stores to provide additional services to the project tenants, which ensures an integrated life within the project.

He further noted that the project features a variety of services, including a swimming pool, a social club, a health club, a boutique hotel, and a Street Mall, which includes cafes and shops inside.

The company seeks to implement a simple and distinctive lifestyle model for its customers to achieve a calm life inside. Accordingly, the project includes a track for running that passes along the entire project. Moreover, the project was designed so that cars do not pass through the heart of the project, but it has a dedicated road on the outskirts of the project, he elaborated.

Bin Khalifa disclosed that the Nyoum Pyramids project is distinguished by its presence in the heart of tourist area that is being developed in the west of Cairo, added, ”With the operation of this area, the project units will receive a great demand that will achieve a high return on investment for its owners. Besides, unit price will witness an increase, which makes the current time suitable for purchase and achieve a high investment return to customer.”

The Nyoum Pyramids compound is located near major landmarks in the west Cairo region, including the Grand Museum, which will be the largest antiquities museum in the world on an area of 117 acres. The area also includes the Sphinx Airport, 15 km long Khufu axis, which includes 5 main sectors, including museum hotels project, Sphinx Open Museum and New Nazlet El Semman. 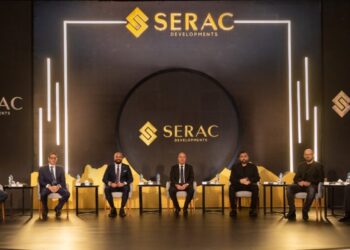 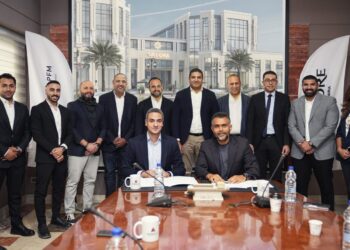 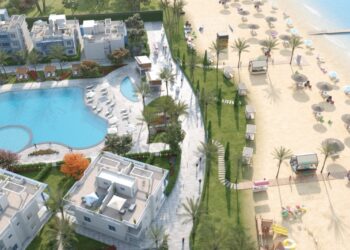