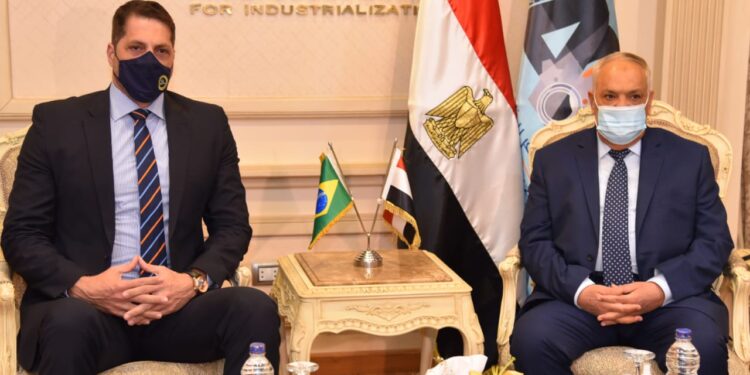 Chairman of (AOI) during meeting with Marcos Dego, Secretary of Defense Products at the Brazilian Ministry of Defence

Chairman of the Arab Organisation for Industrialisation (AOI) Abdel Moneim el-Terras Wednesday  met with Marcos Dego, Secretary of Defense Products at the Brazilian Ministry of Defence and his delegation.

The meeting came in line with government policy to strengthen all aspects of co-operation with major international manufacturing companies.

During the meeting, el-Terras briefed the Brazilian delegation on the AOI’s industrial vision to localise modern digital technology in manufacturing for defense and civil industries. 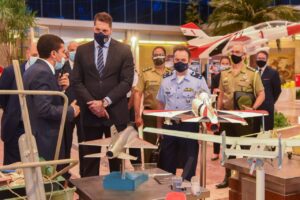 El-Terras invited the Brazilian delegation to visit AOI subsidiaries to learn about their industrialisation capabilities.

He said that he was looking forward to furthering co-operation with major Brazilian companies to inject more capital here to increase added value in local industry.

For their part, the Brazilian delegation praised the tremendous capabilities of the AOI, which encourages major companies to cooperate and exchange expertise with Egypt, stressing that this visit was aimed to discuss establishing new long-term partnerships in all areas of industry and training. 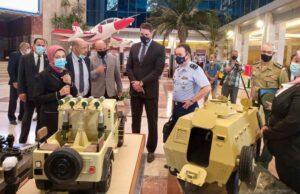 The Brazilian official said that he would encourage major Brazilian companies to invest in Egypt in various fields, especially in light of the investment incentives offered by the government to streamline procedures.

He also hailed the economic reform policies and new development projects being carried out nationwide.

The head of the Brazilian delegation said that Egypt is a strategic partner to Brazil.

“There is an ever-developing economic cooperation between Cairo and Brasilia in implementing major national development projects in accordance with international quality standards,” he said.