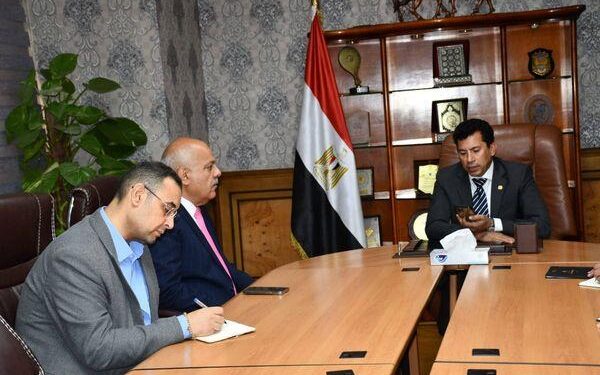 Egyptian Youth and Sports Minister Ashraf Sobhi had talks on Wednesday with Egyptian Shooting Federation President Hazem Hosny preparations for a number of international shooting championships in the coming period, with the 2022 ISSF World Shooting Championships – Rifle / Pistol is due to be held in Egypt for the first time in October.

He underlined Egypt’s preparedness for hosting the championships in view of the leap in sports facilities and the achievements realised in supporting sports under the leadership of President Abdel Fattah El Sisi.

He reviewed also preparations for hosting the ISSF President’s Cup which is an invitation-only event for the top-12 shooters in November.

The talks also tackled preparations for hosting the general assembly meetings of the International Shooting Sport Federation in addition to organising a number of international championships in the coming year.

He directed officials to hold periodical meetings between the Egyptian Shooting Federation and the organising committees to gear up for the coming tournaments as Egypt became a destination for international federations and major events.