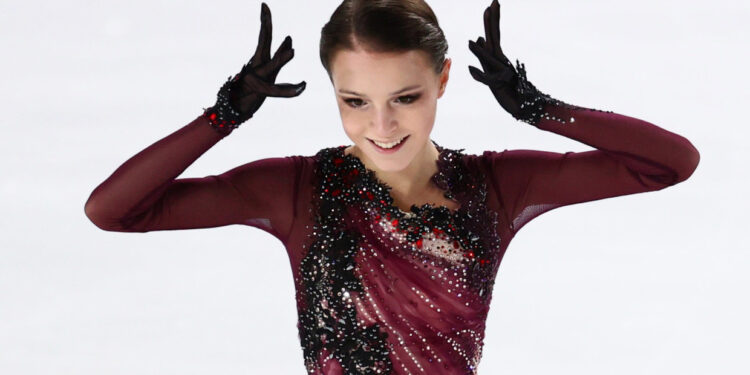 “The jumps went well in the warm-up, and I was very confident. The mistake threw me off and I was very upset. But I did all my elements afterwards, which was very important,” she added according to AP.

Yuma Kagiyama of Japan, the 2021 world silver medalist, later defended his strong lead from the short program to win the men’s competition. Shun Sato rose from fourth to secure a Japanese one-two, with American Jason Brown taking the bronze.

The 17-year-old Shcherbakova recovered well with a quad flip and seven triple jumps, including triple-triple combinations.

She scored 151.75 points for a total of 229.69 points, beating countrywoman Alena Kostornaia (221.85). It was the 18-year-old Kostornaia’s second GP medal this season following bronze at Skate Canada.

Japan´s Wakaba Higuchi climbed from sixth overnight with a personal best of 141.04 to take the bronze with 204.91.

“I am satisfied. I made some little mistakes, that´s why my score was 141 points, but it is a good learning curve and I can improve,” she said.

Four-time ice dance world champions Gabriella Papadakis and Guillaume Cizeron of France were dominant in winning their home event for the sixth time.

The overnight places remained with Canadian pair Piper Gilles and Paul Poirier taking silver with 203.16 and Alexandra Stepanova and Ivan Bukin of Russia in bronze on 200.29.

Kagiyama landed a quad Salchow, quad toe-triple toe, a solo quad toe and five triples including an Axel to claim a second Grand Prix victory this season. Performing to music from “Gladiator,” he earned 185.77 points and won with 286.41 overall.

“I am really happy to win the second gold in my first Grand Prix season,” he said. “The Grand Prix Final was part of my goals for this season and since it takes place in Japan, I really wanted to take part there and I am glad I make it.”