by Moustafa Allam
in Local, Sports
0 0
0 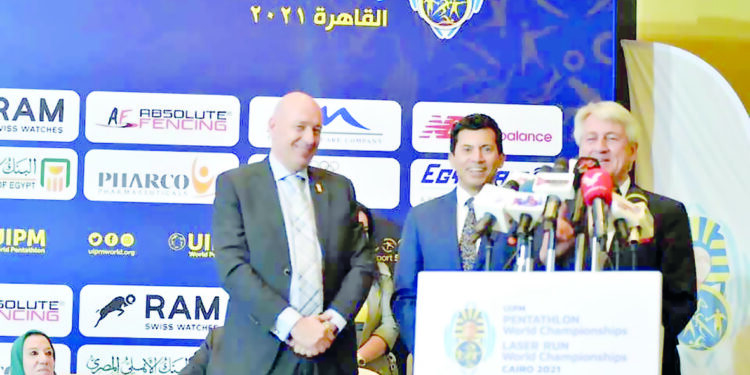 Sherif el-Erian, President of the Egyptian Modern Pentathlon Federation (EMPF), told the Egyptian Mail, the weekly edition of The Egyptian Gazette, that Egypt, not Belarus, would be the venue this year due to unforseen circumstanses there, adding that Egypt hosted the World Championships in 2017.

“Organising the competition for the second time in five years says something about Egypt’s capability regarding these activities,” el-Erian added.

All the concerned bodies have been working hard to make the event a resounding success, he added.

The Ministry of Youth and Sports is following up with the organising committee all details of logistical and administrative preparations.

Minister of Youth and Sports Ashraf Sobhi said that he is confident in the success of hosting the championship as a continuation of previous successes.

The Covid Bubble will be applied as a precautionary measure to prevent the spread of the virus among teams and spectators.

“There’s extensive co-ordination with the Ministry of Health to apply the precautionary measures during the competition,” el-Erian said, adding that the competition will witness the same measures to those put in place for the Handball World Cup.

The UIPM 2021 Pentathlon World Championships will be the final qualification for Tokyo Olympic Games 2021, which kick off in July.

Twelve Egyptians participate in the competition, six of whom are males and the others females:

El-Erian said that Alexandria is also set to stage the UIPM 2021 Junior and Youth World Championships in July, just five months later than planned after a coronavirus-enforced postponement.