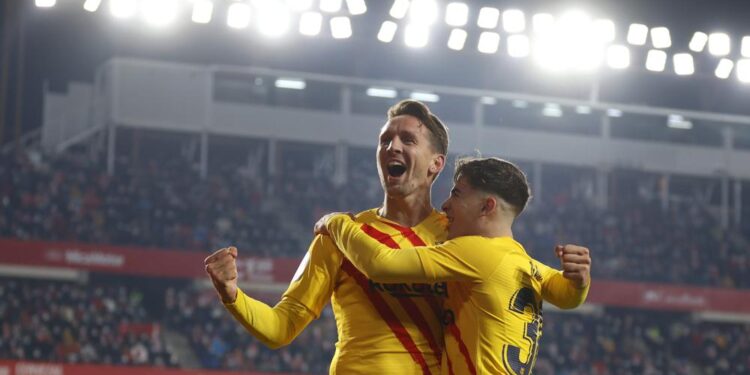 MADRID — The last time Barcelona faced Real Madrid, the team was still coping with the departure of Lionel Messi and one of its worst financial crises ever.

Ronald Koeman was still at the helm, and the Catalan club struggled on and off the field.

The 2-1 loss at Camp Nou in the Spanish league last October came as no surprise to most, highlighting Barcelona’s fragility at the moment.

But things are different as the rivals enter their second “clásico” of the season in the Spanish Super Cup semifinals in Saudi Arabia on Wednesday. Barcelona appears to be back on track after restructuring its finances and showing signs of improvement on the field under coach Xavi Hernández.

“It’s a different scenario now,” Barcelona defender Gerard Piqué said. “We were going through a tough moment at that time. We are doing better now and we hope to take advantage of it.”

Triumph in the Super Cup could mean a turning point for Barcelona, the veteran defender said.

“In the situation we are in, each victory, and hopefully the title, would mean a big boost for us,” Piqué told Movistar. “It would give us more confidence and would be important going forward.