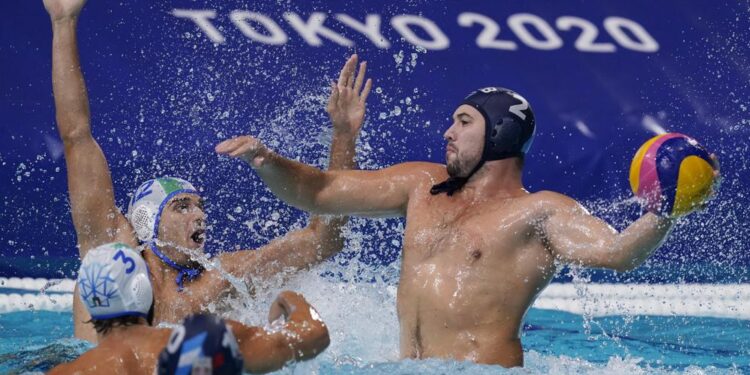 TOKYO — Filip Filipovic pumped in a shot from the side, and then held his arm out and yelled. Dusan Mandic and Andrija Prlainovic each made a couple of big plays, AP reported.

It’s beginning to look a lot like 2016. Filipovic and Serbia overpowered Italy 10-6 on Wednesday, joining Greece and Spain in the men’s water polo semifinals at the Tokyo Olympics. Greece advanced with a 10-4 victory over Montenegro, and Spain held off the United States for a 12-8 win.

Filipovic, 34, was the MVP when Serbia won gold at the Rio de Janeiro Games, and he remains in fine form in his fourth Olympics. He scored three times against the reigning world champions.

“I think this is one of the best games so far for Serbian national team,” he said.

Italy went 3-0-2 in group play, but it got off to a slow start and never recovered. Prlainovic scored twice in the last minute of the first half, lifting Serbia to a 9-3 lead at the break.

“I think that our coach (Dejan Savic) mentioned that the start was crucial for this game, and I’m very glad that we succeed to follow his rules,” Filipovic said.

Next up is a showdown with Spain, which beat Serbia 13-12 on the first day of group play in Tokyo. Greece will meet the winner of the Croatia-Hungary quarterfinal.

Greece is one win away from its first men’s water polo medal at the Olympics. It is making its first appearance in the semis since it finished fourth at the 2004 Athens Games. Konstantinos Genidounias, who scored five goals in the victory over Montenegro, said winning a medal for Greece “means absolutely everything.”

“We’re not fighting for just the 13 of us and the coaching staff,” he said. “We’re fighting for (the) entire county. It would mean everything for us.” Backed by a noticeable cheering section comprised of people from the country’s Olympic party, Greece limited Montenegro to one goal in the first half. Genidounias then scored three times in the third quarter to help his team open a 6-1 lead. “We brought the good defense from the preliminary round, which was our goal,” Genidounias said. “One hundred percent it’s what gave us the win.”

Spain improved to 6-0 in Tokyo, outscoring its opponents 73-39, but it was pushed into the second half in the United States’ best performance of the tournament.

Spain was clinging to a 7-6 lead in the fourth quarter when a video review showed U.S. attacker Luca Cupido entered too early after an exclusion. Alberto Munarriz Egana buried the ensuing penalty shot, and Blai Mallarach Guell and Roger Tahull Compte added big goals down the stretch.

“It was not easy. It’s Olympic Games, it’s like that,” Spain captain Felipe Perrone said. “But it was important that we keep playing our way of playing.”

Daniel Lopez Pinedo, who turned 41 on July 16, made 11 saves for Spain. Hannes Daube scored three times for the U.S., which has dropped four straight. Alex Obert had two goals, and Alex Wolf finished with eight stops.

“We were great. I’m proud of my guys,” said U.S. coach Dejan Udovicic, who declined comment when asked about the video review that led to the penalty shot.

Daube, the youngest player on the U.S. roster at 21, is considered a rising star, but he has struggled with inconsistency in his first Olympics. He scored five goals in five games during group play.

“Every game’s different,” Daube said. “So I try to go out there, do my best, stay confident, and my teammates have my back and I have their back.” 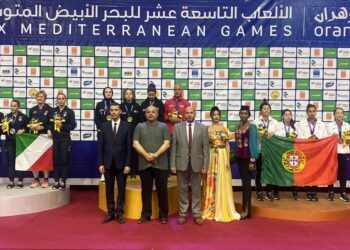 Egypt raises its tally to 12 medals in Mediterranean Games 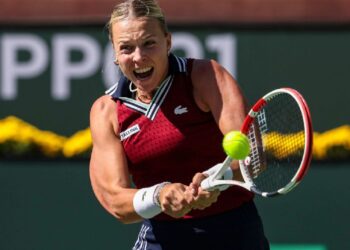 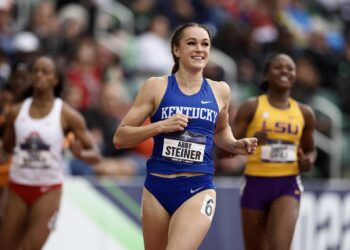