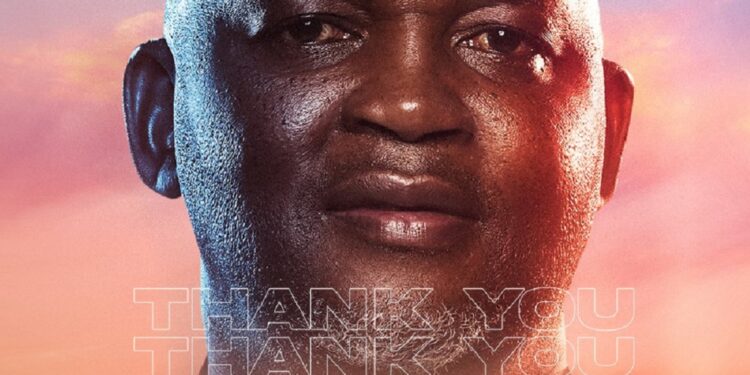 “Al-Ahly and Pitso Mosimane have reached an agreement to part ways,” the club said in statement released. 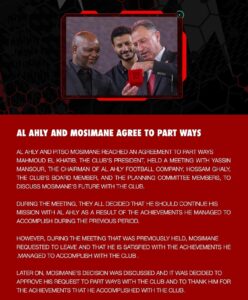 “Mahmoud el-Khatib, the club’s president, held a meeting with Yassin Mainsour, the chair of Al-Ahly Football Company; Hossam Ghaly, the club’s board member and the planning committee members, to discuss Mosimane’s future with the club.

“They decided he should continue his mission with Al-Ahly as a result of the achievements he has managed.

“However during the meeting that was previously held Mosimane requested to leave and [said] that he is satisfied with the achievements he accomplished at the club. 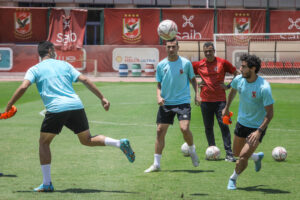 Mosimane joined the Red Devils in 2020, and his stint with the Reds saw massive success on both continental and international levels.

The 57-year-old enjoyed a successful spell at Al-Ahly winning the CAF Champions League and CAF Super Cup twice, the Egyptian Premier League and the Egyptian Cup in addition to securing two third-place finishes at the FIFA Club World Cup.

“Mosimane’s decision was discussed and it was decided to approve his request to part ways with the club, and to thank him for his achievements with Ahly,” the statement noted according to Supersport.

Mosimane, who left together with his technical team, thanked the management of Al-Ahly for allowing him to fulfill a dream by coaching the “biggest club on the continent” and the fans for rallying behind him.

“To the Board, the management and the players, thank you for trusting my instincts and bringing my wishes to life. Without you, none of these would have been possible.”

“To the red nation, the 70 million Al-Ahly fans that have stood by me throughout this journey, you have truly inspired me. I have never felt so loved and valued so far away from home. 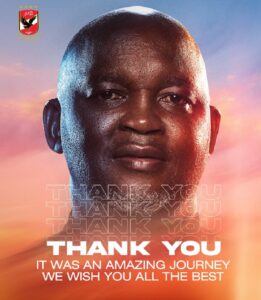 “Your passion for football is something I will take with me wherever I go and use it for my inspiration. Shukran.”

Assistant manager Samy Komsan will take charge of Al-Ahly for the upcoming games with the club currently in third place in the league seven points behind leaders and bitter rivals Zamalek but with four games in hand.