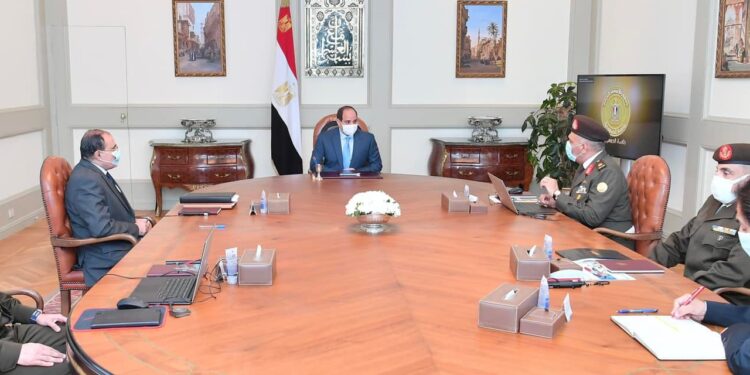 During a meeting with AFEA Chairman Ehab el Far and Presidential Adviser Urban Planning Amir Sayed Ahmed on Wednesday, the president discussed the progress of some bridge projects along Greater Cairo’s Ring Road, which connect Greater Cairo, traditionally refers to three governorates of Cairo, Giza, and Qalubiyah, to eastern Cairo neighborhoods.
The new road axes are expected to reduce travel time and distance for smooth traffic flow.
Sisi also reviewed the comprehensive urban projects under way in Al Rowaisat housing area in Sharm El-Sheikh as well as the engineering designs of some multipurpose projects, including those aimed at making the optimum use of vacant roadside land nationwide.
Following up on the implementation status of some projects in the New Administrative Capital, Sisi instructed officials to apply the finest engineering designs for the new capital’s internal road networks, while ensuring that all the main roads leading to it are as wide as possible, embracing a modern architectural design concept, with special focus on green areas