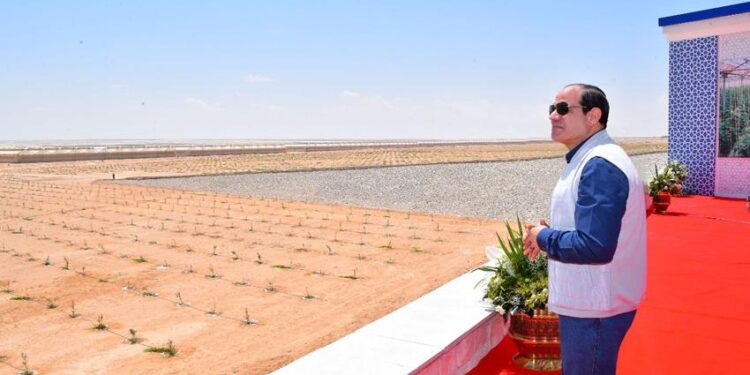 This month seven years ago, President Abdel Fattah El Sisi took over the reins of power in Egypt. Over these seven years, Egypt has witnessed radical changes and achievements in all walks of life. The Egyptian Gazette staff will throw light on some of these achievements over the coming few days. 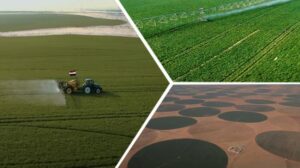 No magic wand or spells solved the problems of Egypt’s agricultural sector. Rather, it was sound planning and policies that stimulated agricultural production, increasing arable land, and incentivised exports.

These policies are at the centre of the agricultural ambitions of President Abdel Fattah El Sisi as outlined recently by Minister of Agriculture el-Sayed el-Qoseir, who said on May 5 that the president has an ambitious agricultural expansion plan.

“The plan is focused on the desert,” the minister said during a meeting of the board of the state-run Desert Research Centre.

Steps taken in the past seven years demonstrated this plan in a practical manner, reflecting Sisi’s desire to transfer this country’s agricultural activities out of the Nile Delta and valley and into the deserts, which cover over 95 per cent of Egypt’s land area. 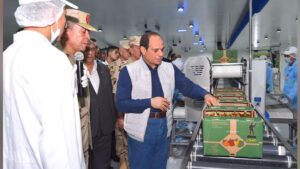 Sisi’s strategy for agricultural reawakening depended in the past seven years on reclaiming more land in the desert, increasing agricultural productivity and making for a more efficient use of available water resources.

In 2018, the president launched a project for the construction of 100,000 greenhouses, opening the door for an unprecedented wide-scale dependence on protected farming.

Thousands of greenhouses in different parts of Egypt are capitalising on local and international expertise. Greenhouse produce is already on the market, bridging the national food gap and bringing food prices down.

In January this year, the president gave the go-ahead for the New Delta project, which will add hundreds of thousands of land to Egypt’s arable space. The project will be implemented over two years as per directives from the president.

According to the Ministry of Agriculture, the project will increase national agricultural production, create more jobs for the nation’s farm workers and reclaim acreage lost to desertification, climate change and urban development in recent decades. 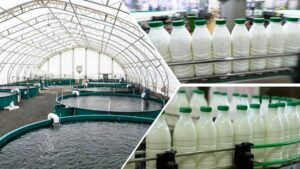 Projects like this seem to be Egypt’s only option as it strives to provide its growing population with more food and regain farmland lost over the years.

A recent study by economist Nourhan Ahmed Sultan suggests that 357 square kilometres of farmland had been lost in the Greater Cairo region to urban development between 1984 and 2014.

Although the Nile Delta hosts 80 per cent of Egypt’s farmland, thanks to its fertile soil, the growing population in the Delta region is resulting in a rapid loss of this farmland, the study says.

Since coming to power in mid-2014, President Sisi has worked hard to prevent the ongoing urban crush from eroding farmland by halting construction on cultivable land and formulating housing plans that redistribute the Egyptian population away from fertile soil.

This endeavour has turned the Egyptian government into an urban planner that decides where and how homes should be built.

Dozens of new urban communities are popping up in the desert according to these plans in ways that alter population distribution and protect the remainder of Egypt’s farmland in the Nile Valley and Delta. 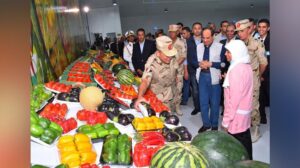 Compounding these measures are also new land reclamation projects that are difficult to survey within the scope of one article. These projects also include the Egypt Future Project which was unveiled by President Sisi in April this year.

Covering 500,000 feddans of land, the project is located near Dabaa in the northwestern part of Egypt.

The project, according to agricultural authorities, will produce crops that are at the centre of food consumption in Egypt, including cereals.

The execution of these agricultural expansion plans was coupled in the past seven years with redefining the relationship between farmers and the state. This relationship has deteriorated over the past years due to official neglect of farmers’ needs and the failure of state authorities to help the farmers market their output.

This relationship was redefined out through a number of policies, including the contract farming policy, which allows farmers to sell their output to government agencies even before harvest.

The positive effects of this policy are manifest in the return to past strengths of the cultivation of wheat and cotton.

Some of the nation’s agricultural experts describe the efforts for the revival of the agricultural sector in the past seven years as contributions to the “rebirth” of the sector.

To reach an appropriate assessment of these efforts, one needs to know that agriculture accounts for between 14-15 per cent of Egypt’s gross domestic product, employs almost 30 per cent of the nation’s workforce and is a main livelihood for more than half of Egypt’s population of 100 million, according to Sultan’s study, The consistency of export and agricultural policies in Egypt.

During a tour of the Egypt Future Project in April this year, President Sisi offered an insight into the agricultural policies of his administration.

This probably sums up what the Egyptian president has been doing and what he will do in the coming years when it comes to the national agricultural sector.