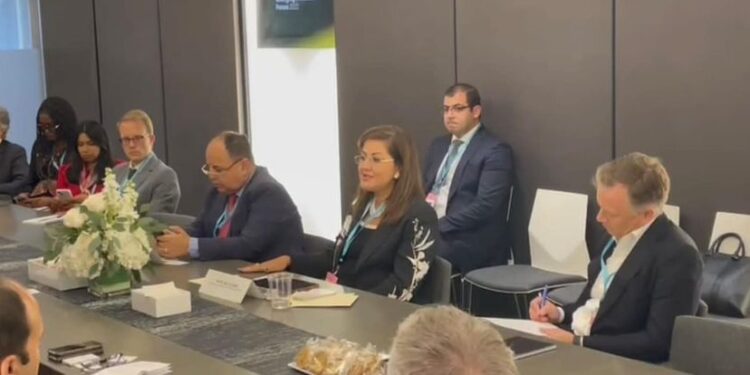 NEW YORK – Minister of Planning and Economic Development Hala El Said reviewed during a Bloomberg Emerging and frontier markets meeting Egypt’s recent economic performance, along with factors of turning Egypt into a promising investment magnet and a gate to Africa and Europe.

During her participation in a round table held Friday on the sidelines of Bloomberg Emerging + Frontier Forum 2022 , under the rubric: “Egypt Economic and Investment Prospects”, organized in tandem with the 77th session of the United Nations General Assembly, that opened in New York, Sept 17, the minister said the Egyptian economy has grown by 6.6% during the fiscal year 2021/2022, compared to 3.3% in 2020/2021.

El Said pointed out to a tangible acceleration rate, the highest since 2008.

Minister of Finance Mohamed Maait took part in the discussions.

The Egyptian government is anticipating a total Gross domestic product (GDP) of 5.5% during the fiscal year 2022/2023, she added.

The minister underlined a State’s drive to increase investments in the infrastructure domain, citing a number of under construction ventures in the renewable energy, water desalination, health, information technology and agroindustry sectors.

El said further referred to the State Ownership Policy Document outlining the State’s policy toward its own assets and contribution to the various economic domains.