Egypt, S. Korea confer on means to boost co-operation in field of industrialisation 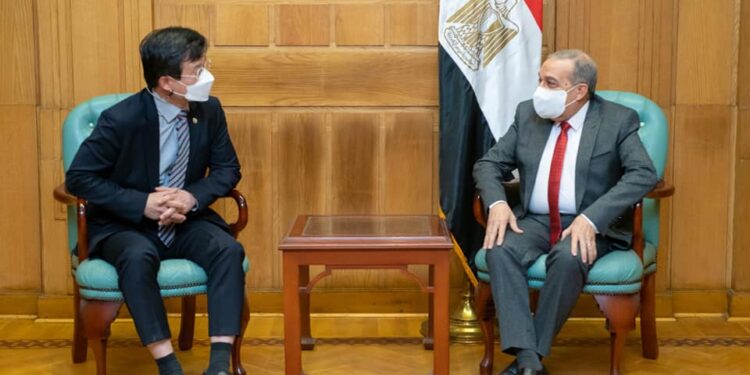 Egyptian Minister of State for Military Production Mohamed Ahmed Morsi conferred with South Korean Minister for the Defense Acquisition Programme Administration (DAPA) Kang Eun-ho and his accompanying delegation on means to boost co-operation between Egypt and South Korea in the field of industrialisation.

Morsi asserted the depth of ties between both countries, lauding the effective participation of the South Korean side in “EDEX 2021” that was held on November 29 through December 2.

The meeting tackled the latest developments of joint co-operation and co-operation with the South Korean companies working in the field of manufacturing, Morsi said.

Meanwhile, Kang lauded the tangible developments witnessed in the Egyptian-South Korean ties especially after the visit of President Abdel Fattah El Sisi to South Korea in 2016 that strengthened ties between both countries.