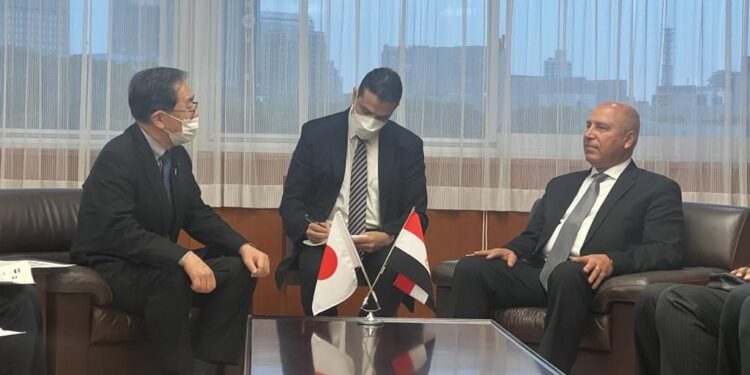 This came during el Wazir’s current visit to Japan, where he offered Egypt’s condolences over the death of former prime minister Shinzo Abe, who offered huge support to Egypt and contributed to enhance the relations between the two countries.

“Abe had been an exceptional leader for Japan and a real friend and supporter to Egypt,” el Wazir said, adding that his stances towards Egypt encouraged President Abdel Fattah El Sisi to name a new traffic axis after his name, in addition to a new phase of the Egypt-Japan University Of Science & Technology (E-JUST).

Yamada, for his side, thanked Egypt over its official representation during the funeral of Abe, reiterating Tokyo’s eagerness to support Egypt in various fields, especially the transport sector.