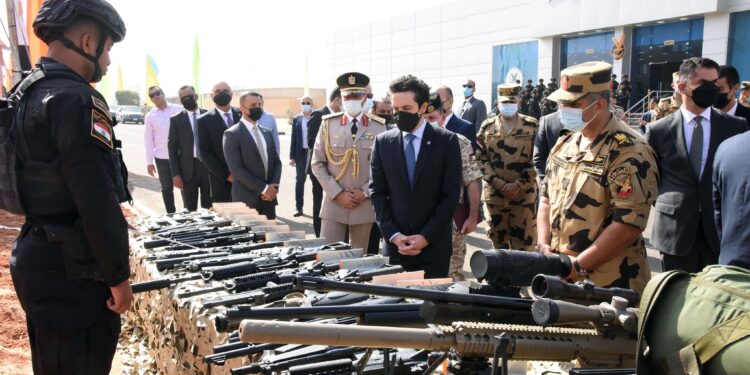 Welcoming Prince Hussein’s visit to Egypt, the commander of the Thunderbolt Forces said that the Egyptian commandos are working with firm determination to maintain the highest levels of combat efficiency to preserve the homeland. 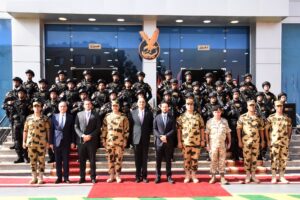 During the visit, a documentary film exhibiting establishment and development of the Egyptian Commandos as a powerful arm of the Armed Forces was screened.

The delegation then inspected the electronic shooting centre, which includes a number of modern and advanced equipment and training aids, as well as an exhibition of modern weapons and advanced vehicles.

At the end of the visit, groups of commandos carried out a practical exercise in which they stormed a facility and liberated the hostages. The exercise showed the high combat efficiency of the commandos and their ability to carry out all tasks under various circumstances.

Jordanian Prime Minister Dr. Bishr Al-Khasawneh, Jordan’s ambassador in Cairo and a number of commanders of the Egyptian and Jordanian armed forces attended the exercise.