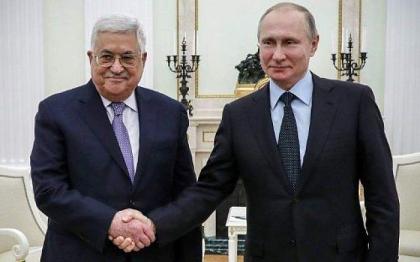 MOSCOW – Russian President Vladimir Putin and his Palestinian counterpart Mahmoud Abbas, will discuss the situation in the Middle East during their bilateral meeting in Sochi on Tuesday, the Kremlin said on Monday.

“On November 23, Sochi will host talks between Russian President Vladimir Putin and President of the State of Palestine Mahmoud Abbas. The leaders will consider the further development of bilateral co-operation and the situation in the Middle East region, taking into account Russia’s efforts towards a Palestinian-Israeli settlement,” the Kremlin said in a statement.