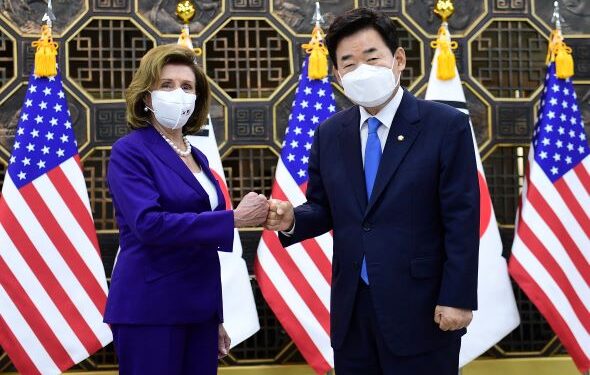 National Assembly Speaker Kim Jin-pyo and US House Speaker Nancy Pelosi said on Thursday they agreed to support efforts by Seoul and Washington for the denuclearisation of North Korea, voicing concerns over the North’s escalating threats, the Korean news agency Yonhap reported.

“The two sides expressed concern over the grave situation in which North Korea’s level of threat is heightening,” said Kim, reading a joint press statement following a meeting between the two speakers.

The speakers noted the expanding ties between the allies, mentioning how the South Korea-US alliance has been widening to areas, such as defense security, the economy and technology.