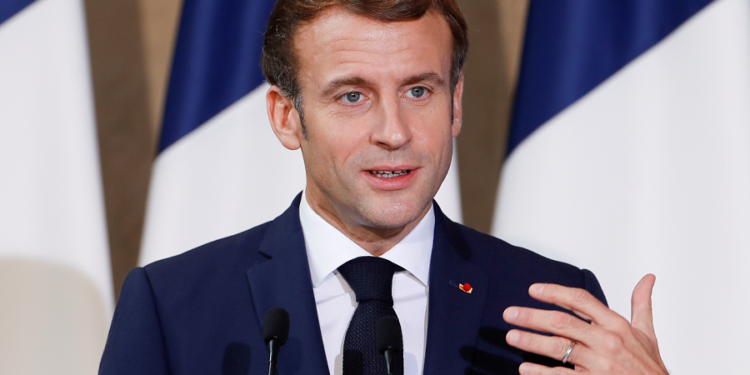 PARIS – French President Emmanuel Macron told Britain on Friday it needed to “get serious” or remain locked out of discussions over how to curb the flow of migrants escaping war and poverty across the Channel.

Macron was responding to a letter by Prime Minister Boris Johnson in which the British leader set steps that he said would deter migrants from making the perilous journey across the sea separating the two countries.

Johnson, who has previously said France was at fault, insisted in the letter that France agree on joint patrols on its shores and consent to taking back the migrants that make it to Britain.

Infuriated by the letter, and not the least by the fact that Johnson published it on Twitter, the French government cancelled an invitation to UK Home Minister Priti Patel to attend a meeting on Sunday in Calais.

The meeting with officials from Germany, The Netherlands, Belgium and the European Commission would still go ahead, Macron said.

“The (EU) ministers will work seriously to settle serious issues with serious people,” Macron told a news conference in Rome according to Reuters. “We will then see how to move forward efficiently with the British, if they decide to get serious,” Macron added.

The growing spat between Britain and France – and between their two leaders – is taking place just days after 27 migrants died trying to cross the narrow seaway from France to Britain, the worst tragedy on record in one of the world’s busiest shipping lanes.

France has accused Britain of managing its immigration system poorly and Macron said Johnson’s Tweet was not a “serious” way of handling matters.

“I’m surprised when things are not done seriously, we don’t communicate between leaders via tweets or published letters, we are not whistle-blowers”, he said.

Macron’s comments and the cancellation of the meeting with Patel underlined the poor post-Brexit relations between the two countries and the difficulties they may face working together to curb the flow of migrants.

“No nation can tackle this alone and so I hope that the French will reconsider,” transport minister Grant Shapps told BBC News.

Seventeen men, seven women and three teenagers died on when their dinghy deflated in the Channel, one of many such risky journeys attempted in small, overloaded boats by people fleeing Afghanistan, Iraq and beyond.

The deaths deepened animosity between Britain and France, already at odds over post-Brexit trade rules and fishing rights.