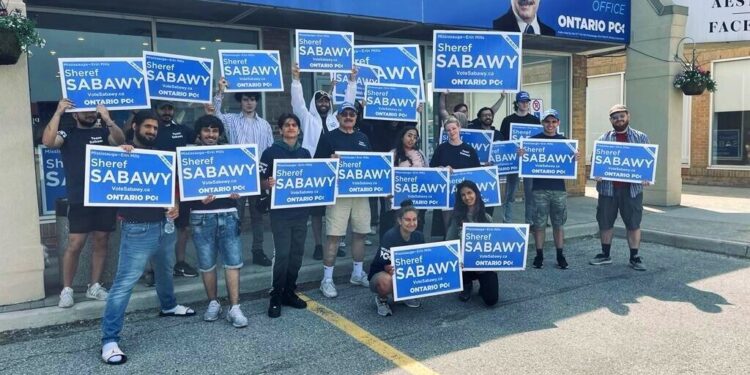 Egypt's Sheref Sabawy voted in for a second term in Mississauga-Erin Mills in the Canadian Parliament.

OTTAWA – Egypt’s Sheref Sabawy voted in for a second term in Mississauga-Erin Mills in the Canadian Parliament.

Progressive Conservative MP Sabawy has represented the electoral district since 2018.

In statements to MENA on Friday, Sabawy said that the Egyptian and Arab communities in Canada played a decisive role in his electoral victory.

Work continues within the framework of preparations for the second edition of the Egyptian real estate exhibition, to be held during the weekend, he said.

He further stressed that there are considerable opportunities for Egyptian Canadians to benefit from the capabilities of the booming Egyptian real estate market.

The Conservative incumbent was re-elected on Thursday, earning around 15,000 votes or roughly 42 per cent, according to trackers.

Liberal candidate Imran Mian placed second in the riding with around 13,500 votes, followed by NDP candidate Farina Hassan with 4,500, according to trackers.

During his first time in the legislature Sabawy introduced Bill 106, declaring each July in Ontario as Egyptian Heritage Month.

Sabawy was also a member of the standing committee on general government and served as the parliamentary assistant to the Minister of Heritage, Sport, Tourism and Culture Industries.