BERLIN — Climate activists briefly disrupted traffic at Munich airport in southern Germany on Thursday, in a protest against the environmental impact of air travel.

The group Last Generation said some of its members glued themselves to the tarmac in Munich, while others entered the grounds of Berlin airport.

Henner Euting, a spokesperson for Munich airport, confirmed that the northern runway was briefly closed. Planes had to be routed over the southern runway, causing short delays, he said.

A spokesperson for Berlin airport, Sabine Deckwerth, confirmed that a police operation was ongoing but said air traffic there was not disrupted. 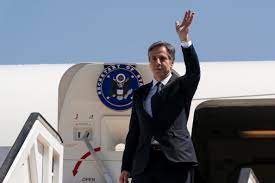