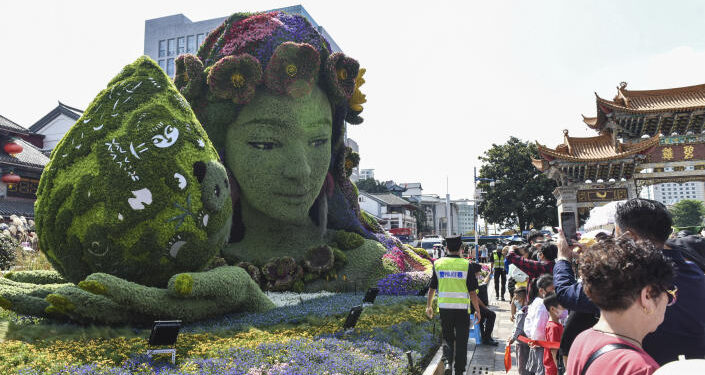 Tourists pass by a floral decoration celebrating the UN Biodiversity Conference (COP 15) in a park in Kunming, the host city, in southwestern China's Yunnan province.

BEIJING — China on Tuesday pledged about $230 million to establish a fund to protect biodiversity in developing countries.

President Xi Jinping, speaking by video to a UN conference in the southwest Chinese city of Kunming, said that China would put in 1.5 billion yuan 9about $230 million) and called on other countries to contribute to the Kunming Biodiversity Fund, according to AP.

The weeklong meeting marks the formal start of a new round of global talks on protecting the world’s plants and animals from extinction and preserving the ecosystems they depend on. A second and final session that will try to agree on targets for the next 10 years is scheduled to be held in Kunming from April 25 to May 8 next year.

The world has failed to reach most of the current 10-year goals, the Aichi Biodiversity Targets, set in Japan in 2010. Greenpeace, the environmental group, said countries need to focus on not just setting new targets but also financing and meeting them.

“The Kunming Biodiversity Fund launched today should jump-start an urgently needed conversation on biodiversity finance,” it said in a statement. “Our planet needs not just another set of targets on paper, but their actual fulfillment.”

Britain’s Prince Charles, in a video message, warned that “time is not on our side” and urged the conference to restore Earth’s biodiversity by taking bold decisions to regenerate degraded land worldwide.

One 2010 goal was achieved: About one sixth of the planet’s land and freshwater area now lies within protected or conservation areas, according to a UN report released in May.

Xi said that China is speeding up the building of a natural conservation system with a new national park system as its core.

China, after decades of headlong economic growth, has made progress in protecting habitat and wildlife in recent years. It has set up protected areas and seen recoveries in the population of the giant panda and other species. China also tightened control of the wildlife trade after the outbreak of COVID-19, because of possible links to it.

French President Emmanuel Macron was among those who drew a link between biodiversity and climate change, less than three weeks ahead of a major UN conference on climate in Glasgow.

“Mangroves, oceans and forests are unique ecosystems and our leading allies in this battle,” he said. “They absorb carbon and reduce the damage caused by extreme events when we suffer (from) them. Our survival is unimaginable without them.”

He said that France would stop importing products in 2030 that have caused deforestation and said he hoped that other major countries and the European Union would do the same.

The meeting, originally scheduled for October 2020, was postponed twice because of the pandemic. 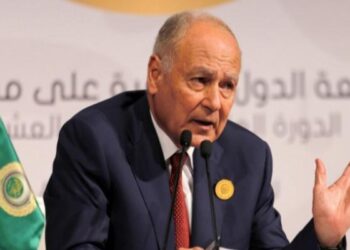 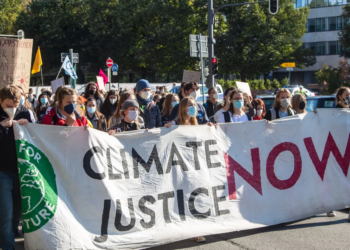 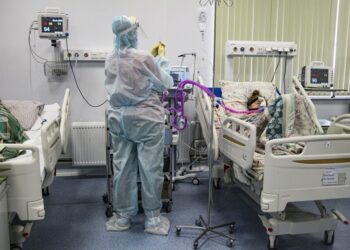