Britain to reopen embassy in Kyiv next week – PM Johnson 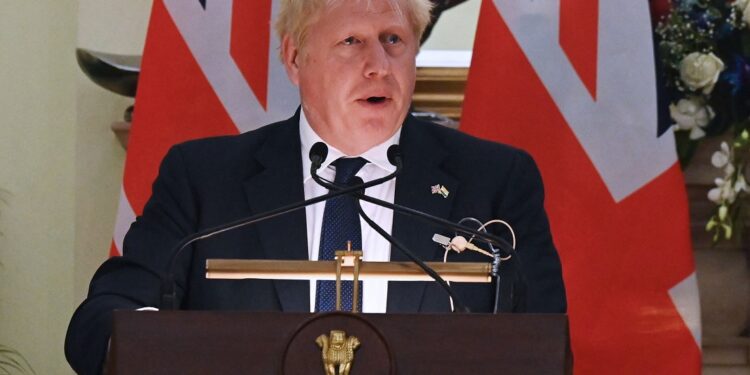 NEW DELHI – Britain plans to reopen its embassy in the Ukrainian capital of Kyiv next week and is looking at reinforcing allies who sent armaments to Ukraine, Prime Minister Boris Johnson said.

The British government announced in February, days before Russia invaded Ukraine, that its embassy in Kyiv was relocating temporarily and staff were operating from a diplomatic office in the city of Lviv.

“The extraordinary fortitude and the success of (Ukrainian)President Zelenskiy and the Ukrainian people in resisting Russian forces in Kyiv, means that I can announce today that we will shortly – next week – re-open our embassy in Ukraine’s capital city,” Johnson said according to Reuters.

Johnson also announced that Britain was looking into what it could do to reinforce military equipment in countries such as Poland, to enable them to send heavier weaponry to Ukraine.

“We’re looking at sending tanks to Poland to help them as they as they send some of their T-72s (tanks) to Ukraine,” he said.