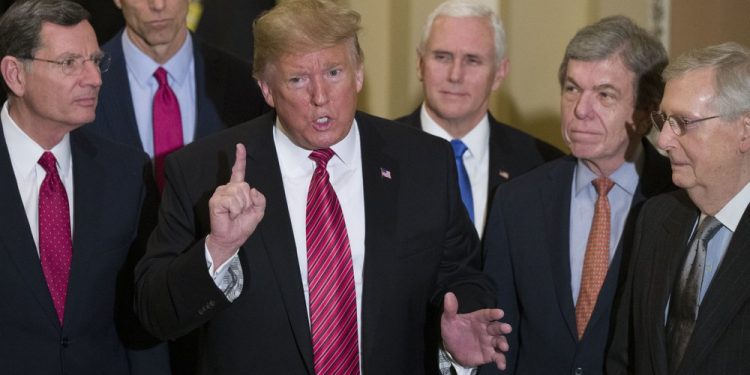 After he incited a deadly riot at the U.S. Capitol last month, the GOP considered purging the norm-shattering former president. But in the end, only seven of 50 Senate Republicans voted to convict Trump in his historic second impeachment trial on Saturday,AP reported.

For Trump’s loyalists, the acquittal offers a vindication of sorts and a fresh connection to the former president’s fiery base. And for Trump’s GOP antagonists, it marks another alarming sign that the party is lurching further in a dangerous direction with little desire to reconnect with the moderates, women and college-educated voters Trump alienated.

Ultimately, the resolution of the impeachment trial brings into clear relief a divide in the GOP that party leaders, donors and voters will have to navigate as they try to regain control of Congress next year and aim to retake the White House in 2024.

That tension was on display in the immediate aftermath of the vote. After supporting Trump’s acquittal, Senate Minority Leader Mitch McConnell, R-Ky., delivered a speech that echoed some of the very points Democratic impeachment managers emphasized in seeking Trump’s conviction.

The former president, McConnell said, was “practically and morally responsible for provoking the events” that led to the insurrection. But he argued that there were no constitutional grounds for the Senate to convict Trump now that he’s out of office, a procedural point embraced by many in the GOP.