‘We called her Roger Federer’: How Ons made her mark in Tunisia 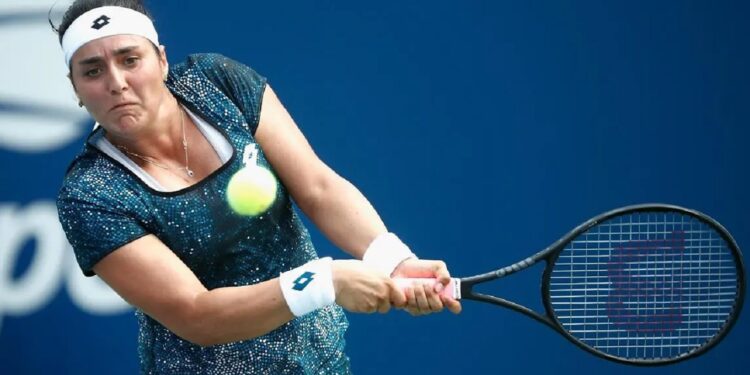 PARIS – Fifteen years before Tunisia’s Ons Jabeur became the first Arab or African woman to win a top-flight tennis title, her adolescent sparring partner could see she was destined for glory even if he suffered a broken arm in the process.

Omar Laabidi remembers being repeatedly beaten by a 12-year-old Jabeur, who this month surged to victory at the Madrid Open at the age of 27 — the first WTA 1000 trophy of her career.

“We used to call her Roger Federer,” he said according to AFP.

Laabidi was talking at the tennis club where it all began, in the North African country’s coastal town of Hammam Sousse.

“One time during a training match she hit a drop shot that I tried so hard to return that I broke my arm,” he said.

Jabeur, who hopes to win a maiden Grand Slam title at the French Open which starts in Paris on Sunday, started playing on courts belonging to local hotels.

But she soon joined the Hammam Sousse Club, which now bears a huge portrait of its most famous graduate.

It was there that Nabil Mlika first trained a talented girl “determined to stand out” against both female and male peers.

But Mlika, who trained a young Jabeur for 10 years, said there was a moment where she almost quit the sport.

“She had great ball control, to the point where other coaches tried to attract her to handball,” said the 55-year-old.

“Ons thought seriously about switching sport — but decided to stick to tennis.”

She has gone on to rise to sixth place in the global Women’s Tennis Association’s women’s singles rankings — the first Arab woman ever to reach the world top 10.

She also reached the final of the Italian Open in mid-May, eventually won by world number one Iga Swiatek.

Jabeur, known to many Tunisians as “the minister for happiness”, was born in the southern coastal town of Ksar Hellal, one of four siblings.

She moved to the capital Tunis at the age of 12 to train at a prestigious state-backed sports club.

She has been married to her physical trainer and former fencer, Karim Kammoun, since 2015.

The right-hander is known for her stamina and for constantly changing the pace of the match.

“She hates playing at one pace. She’s always trying to create a spectacle by switching up the game with shots that surprise her opponents, especially with drop shots,” said Mlika.

“She’s really the queen of the drop shot.”

Jabeur made her first entry to the global scene in 2011, winning the girls’ singles finals at the French Open at the age of 16.

Laabidi also moved to Tunis around the same time as the adolescent Jabeur and joined the same academy, where they continued sparring.

“She was always fun and quickly got to know strangers,” he said.

“But she was always provocative and competitively debating on all subjects.”

Those who knew her as a teenager say she has changed little despite her growing fame.

“She still runs around gathering up all the balls during training, which she’s been doing since she started playing,” said Mlika.