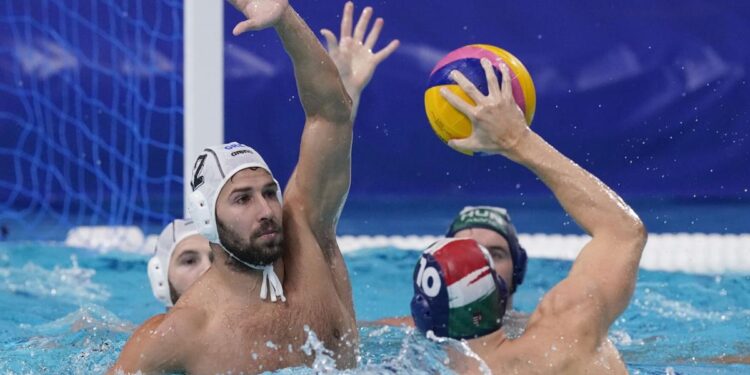 The Greek team, ranked second in the world and playing at their 16th Games, have never finished on the podium in water polo before, but are now guaranteed at least silver in Tokyo.

They will face the winners of the other semi-final between Rio 2016 champions Serbia and Spain in Sunday’s gold medal match.

The Hungarians, the most successful team at the Olympics with nine gold medals and 15 overall, will fight it out with the loser of that semi-final for the bronze medal, Reuters reported.

Greece, who beat Hungary 10-9 in the group stages, seized the initiative early and never relinquished it, ending the first three quarters with their noses in front and outscoring their opponents 4-2 in the fourth to pull away.

Ioannis Fountoulis, Angelos Vlachopoulos, Konstantinos Gkiouvetsis and Dimitrios Skoumpakis did the damage for the Greeks in the final period, helping them to establish a three-goal cushion before running down the clock to kill off the game.

Rio silver-medallists Croatia beat Montenegro 12-10 in the day’s early classification match and will next meet either the United States or world champions Italy in the playoff for fifth place.