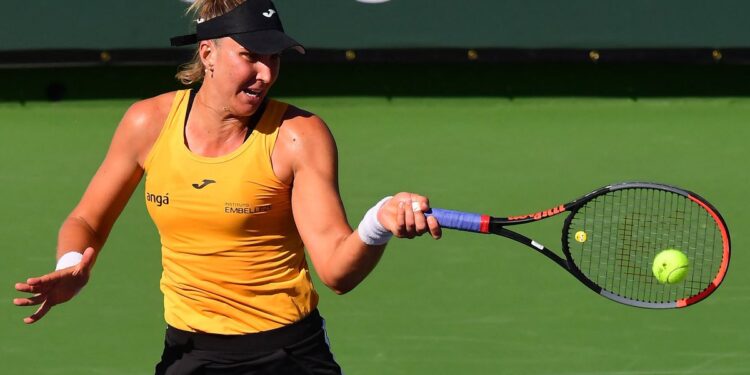 INDIAN WELLS – Top-seeded Daniil Medvedev beat Filip Krajinovic 6-2, 7-6 (1) to reach the round of 16 at the Indian Wells Open as Karolina Plisova, the women’s top seed, was upset by Brazil’s Beatriz Haddad Maia.

Medvedev, the US Open champion, connected on 70 per cent of his first serves and fired four aces despite challenging weather conditions.

Haddad Maia got into the main draw as a lucky loser. She lost in the final round of qualifying and got in when No. 29 seed Nadia Podoroska withdrew with a thigh injury.

Haddad Maia inherited Podoroska’s first-round bye and then beat Mayir Sherif in the second round.

On a windy day at the Indian Wells Tennis Garden, Pliskova held serve to tie the second set 5-5, but she got broken eight times in the match.

Haddad Maia held and then broke Pliskova in the final game to wrap up her second career win over a Top-5 player.

No. 15 Coco Gauff lost to 21st-seeded Paula Badosa 6-2, 6-2 in a match that was briefly suspended by rain on a night of wild weather in the desert.

“I feel like I’m trying to play a little bit less … just playing the biggest tournaments, or the ones that will get me back into shape,” Medvedev said.

“So I’m really happy that I managed to get 50 (wins). It means I was doing pretty good in a lot of them.

“Filip is a really tough opponent. He’s always playing top tennis, tough matches, especially that second set. There were a lot of ups and downs, but a great level from both.”

Up next for world number two Medvedev is Grigor Dimitrov, who beat American Reilly Opelka 6-3 6-4 earlier in the day.