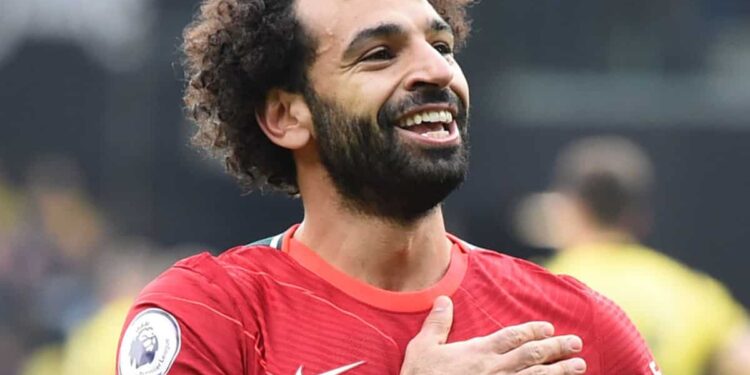 LONDON – Liverpool’s forward Mohamed Salah says they are excited to still have a chance to add the English Premier League and UEFA Champions League titles to their two domestic cup triumphs, saying the team is optimistic ahead of the climax to the season.

Liverpool could claim an unprecedented quadruple this season but they must beat Wolverhampton Wanderers at Anfield and hope Manchester City do not win at home to Aston Villa on Sunday if they are to snatch the Premier League crown.

“I wish City lose or draw, and we can win the league,” Salah told beIN Sports.

“We talk to each other (as a team), and everyone is excited. This situation happened two years ago, and they won the league. We are all optimistic, and this is what is in your hands — you must win your match, and then you see what happens.”

“When (I said) I wish we could face Real Madrid, this was as if I said something wrong about them,” Salah added according to Reuters.

“I am talking about the strongest team in Champions League history, and I said that because of what happened before.

“The match will be difficult, and this team has won almost against all the strong teams. (But) I am very excited about the final and I hope we can win it.”

Real beat Liverpool 3-1 in the 2018 Champions League final held in Kyiv following goals from Karim Benzema and a double by Gareth Bale after Sadio Mane had equalised for the Reds.