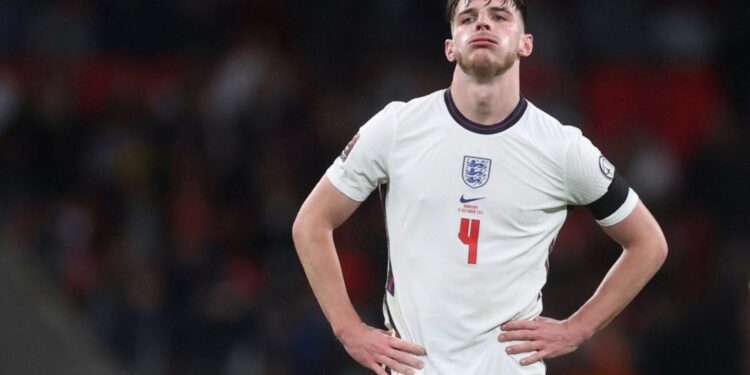 LONDON  — West Ham United midfielder Declan Rice has withdrawn from the England squad ahead of their World Cup qualifiers against Albania and San Marino due to illness, the Premier League club said.

England, who sit top of Group I with 20 points — three ahead of Poland — from eight games, host Albania on Friday before travelling to San Marino on Monday to conclude their qualifying campaign.

“West Ham United can confirm that Declan Rice has returned to the Club from international duty with England due to illness,” the club said in a statement, adding that the illness was not related to Covid-19.

“He will now recover before returning to training at Rush Green ahead of the Hammers’ Premier League fixture at Wolverhampton Wanderers on Saturday 20 November.”
England said they would not call up a replacement for the 22-year-old but added that midfielder Mason Mount and left back Luke Shaw were yet to join up with the squad due to dental surgery and concussion, respectively.

Rice, capped 27 times by the national team, has been a regular under manager Gareth Southgate since his debut in 2019. He played all seven of England’s games at Euro 2020 where they lost in the final to Italy.