Egypt’s Salah: I want to be the best player in the world 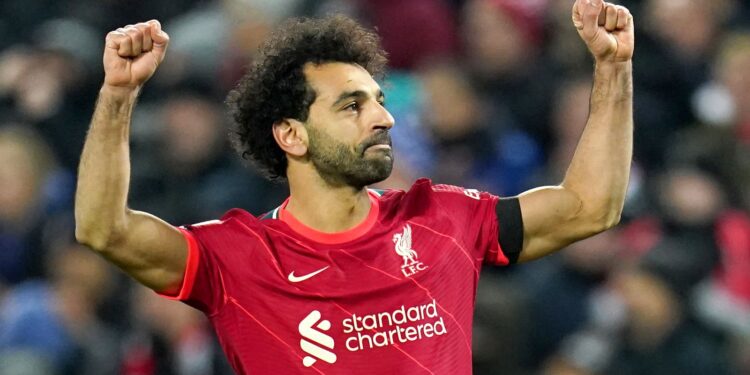 “If you asked me if this was a drive for me to be here? Yeah, of course. I can’t really lie and say honestly I didn’t think about it. No, I think about it. I want to be the best player in the world. But I will have a good life even if I don’t win [the Ballon d’Or]. My life is OK, everything is fine,” Salah told GQ Magazine in an interview published recently.

He gazes out of the window of the town hall, hands in his pockets, shrugs. “Sometimes I feel it’s just politics.”

He still has other ambitions. “I want to qualify for the World Cup again, I want to win the African Cup [of Nations],” he says. This January, Salah is leading his country out onto the pitch in 2021’s AFCON tournament in Cameroon.

There is a popular idea that Chelsea made a mistake in selling Salah, and that he deserved a better chance to prove himself.

This version of events, however, misses the point: being rejected turned out to be the best thing that ever happened to him.

“When you feel that your dream is slipping away, you want to do everything to get it,” Salah said according to MENA.“I don’t want to be a victim. I don’t want to be like, ‘He went to Chelsea and they didn’t give him a chance.’ I don’t care about that. Whatever it takes to succeed, I will do it.”

“People are always happy with where they are. People have their routine or their comfort zone or whatever they want to call it. They don’t like to change. That’s who we are as humans,” Salah says. “People suffer for years because they don’t want to change. But for me, like: no. I needed to change.”

“I sacrificed everything I could just to be sitting here, now,” he says. “I gave everything. All my life was just for football.”

Meanwhile, the magazine said Salah’s Liverpool contract is set to expire in the summer of 2023, at which point he will be a free agent. Salah has frequently said he wants to stay; however, negotiations with Liverpool’s owners, Fenway Sports Group (which also owns the Boston Red Sox) over a new contract are at an impasse over Salah’s salary demands – reportedly double his current deal, which would put him among the best-paid players in football.

“I want to stay, but it’s not in my hands. It’s in their hands,” Salah says. “They know what I want. I’m not asking for crazy stuff.”

To Salah, it’s about more than the money. It’s about recognition. “The thing is when you ask for something and they show you they can give you something,” he says, they should, “because they appreciate what you did for the club. I’ve been here for my fifth year here now. I know the club very well. I love the fans. The fans love me. But with the administration, they have [been] told the situation. It’s in their hands.”