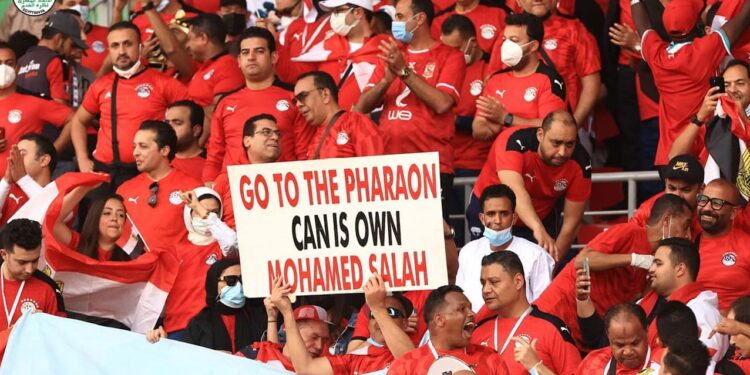 Egypt will expect more from star man Mohamed Salah against Guinea-Bissau on Saturday at 9:00pm Cairo Local Time as the record seven-time champions attempt to bounce back from an opening loss to Nigeria at the African Cup of Nations.

DOUALA, Cameroon (News Wires) – Egypt will expect more from star man Mohamed Salah against Guinea-Bissau on Saturday at 9:00pm Cairo Local Time  as the record seven-time champions attempt to bounce back from an opening loss to Nigeria at the African Cup of Nations.

The Liverpool forward cut an isolated and frustrated figure as Egypt lost 1-0 to the Super Eagles in Garoua, suffering their first group stage defeat at the continental tournament since 2004.

It could be argued there is no better player in the world right now than the 29-year-old forward, who has scored 54 times for Liverpool since the start of last season. 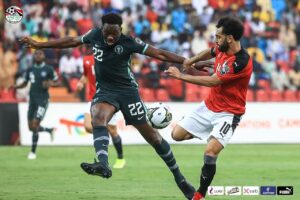 But Salah has struggled to hit those same heights of late for his country, and is without a goal for Egypt in his last six appearances having drawn a blank so far in 2022 World Cup qualifying.

He has downplayed Egypt’s chances of lifting the trophy, suggesting the Pharaohs are not the title favourites, but expectations remain high for a team that bitterly disappointed on home soil in 2019.

Dreams of an eighth Cup of Nations crown quickly turned into a nightmare three years ago as Egypt were bundled out in the last 16 by South Africa in front of 80 000 disbelieving fans in Cairo – and millions more around the country.

While the 24-team format affords sides more leeway, Egypt now face the very realistic prospect of drawing reigning champions Algeria or Ivory Coast in the next round – assuming they advance from Group D.

“The performance in the first half was very poor and this is the truth, we were not on the field,” said Queiroz after the Nigeria defeat.

“We lost this match but there are six points we must get against Sudan and Guinea-Bissau to qualify.”

The odds will be heavily in Egypt’s favour against Saturday’s opponents, Guinea-Bissau, who are making their third consecutive finals appearance but have yet to win a game at Africa’s flagship competition.

For Egypt to make a deep run though, they will need Salah, one of three finalists for the FIFA best men’s player award, to rediscover his magic on the international stage.

“I don’t think we are the first candidate (to win) this tournament, but we do our best to win it,” Salah said according to AFP.

“So, we give our best and hopefully we win it.”

Liverpool will be keeping a close eye on Egypt’s fortunes, along with those of Sadio Mane’s Senegal, with contract talks involving Salah a key topic of conversation around Anfield.

Salah has fewer than 18 months left on his current deal and in a recent interview with GQ magazine said he wanted to be rewarded for his huge contribution.

“I want to stay, but it’s not in my hands,” he said. “It’s in their hands. They know what I want. I’m not asking for crazy stuff.

“The thing is when you ask for something and they show you they can give you something (they should) because they appreciate what you did for the club.”